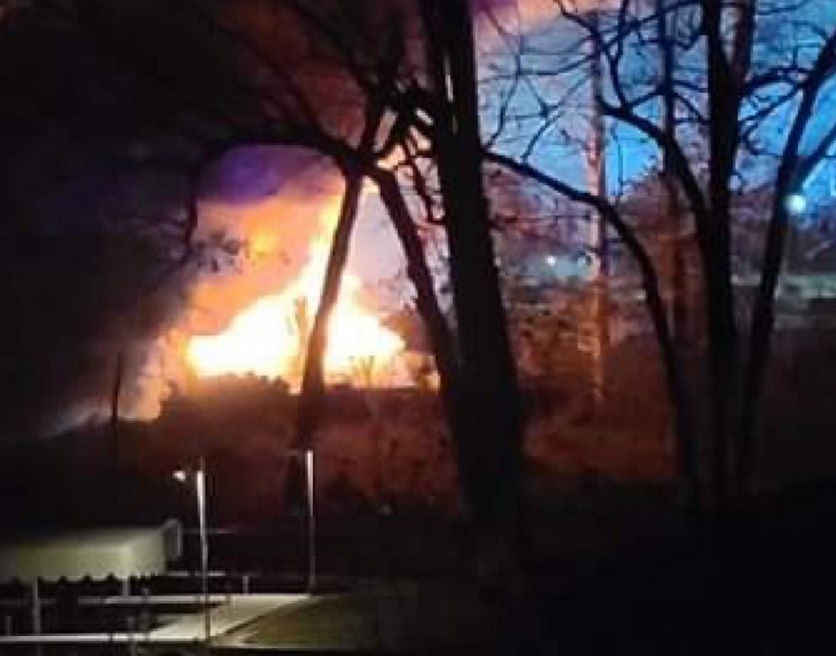 According to a report from WAND17, a floor collapsed during a structure fire Monday night after flames spread from a garage to the attached residence on Hazel Dell Lane in Springfield, Illinois.

The garage housed multiple propane tanks that were “popping off,” according to responders. Multiple cars were also on fire and the residence was starting to become involved.

After controlling the garage fire, crews worked to gain access to the residence’s attic, where they found “significant grey smoke.” Hand lines were brought to the “back side bravo corner,” where more flames were discovered.

After the fire had been upgraded to a “Code 2” with two more engines and another battalion chief requested, heavy fire was reported in the basement, per the firefighters union.

An on-scene safety officer advised everyone to leave the house after a floor collapsed on the first floor.

As of 8 p.m. Monday, firefighters were still attempting to extinguish a basement fire. Twenty minutes later, firefighters said they were still working on fires around the structure’s interior and would be on scene “for some time.”

It’s unclear if there are injuries.