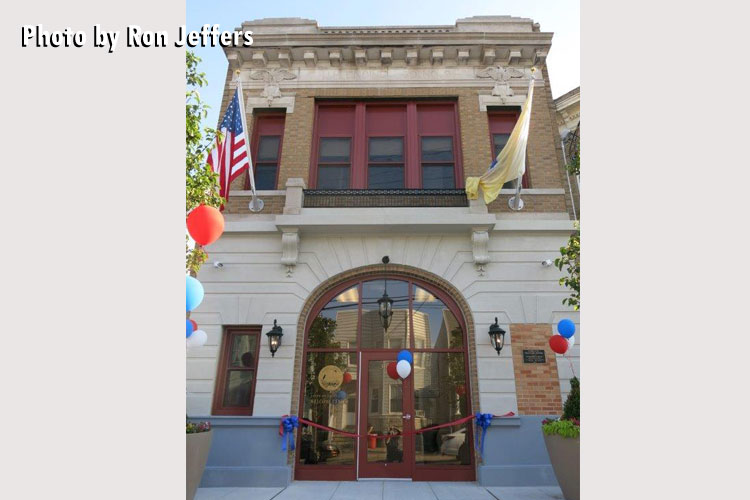 Photos and article by Ron Jeffers

It was commonly known as the 47th Street firehouse. It was the quarters of Union City (NJ) Fire Department’s Engine Co. 6. For a short time it was known as North Hudson Regional Engine Co. 7, after five municipalities merged their firefighting units in 1999. It has since been closed, but the city has given it another unique type of fire service duty, in this, one of the most densely populated cities in the country, located opposite midtown Manhattan.

On the evening of June 22nd, Mayor Brian Stack along with city commissioners, and other officials from Hudson County attended the opening of the Union City Welcome Center. The old firehouse has been converted into a temporary residence for the victims of fire and other emergencies when they are displaced.

The center has 36 beds broken up into several rooms, four bathrooms, two kitchens and two laundry rooms. There are children’s books and even a “homework area.”

Palisade Avenue, next to the building, was closed and a large crown of city residents gathered for entertainment, refreshments and children’s rides.

With fires we have experienced in Union City, the mayor explained, residents can remain in their city. If a disaster strikes, the victims will be transported to 47th Street by police. The mayor stated that city residents will still be close by and their children can attend school and remain as part of the community. Police and staff will be present, he explained.

Union City is a poor city, but, “We are rich in caring about people,” Stack said.