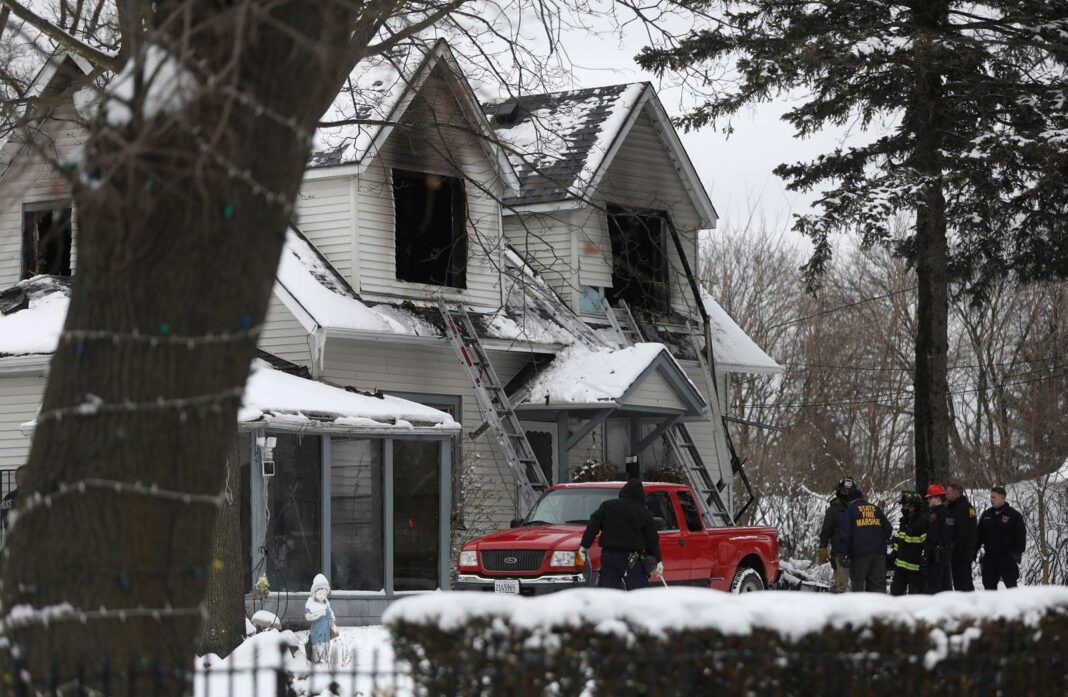 Four children under the age of 6 and one adult died in Des Plaines Wednesday morning during a devastating residential blaze, fire officials said.

The dead include four girls, all of whom share the same last name, according to the Cook County medical examiner’s office. A 25-year-old woman, of the same address as the girls, the 700 block of West Oakton Street, also perished.

“It is a sad day,” said Chief Daniel Anderson at a news conference at the scene early Wednesday afternoon.

“This is a terrible day … a tragic day,’’ Anderson said.

It’s a great loss to these families, Anderson said, adding it is the kind of tragedy he hadn’t seen in 34 to 36 years of fire service.

There was “heavy smoke coming from the second floor’’ and they learned there were people still inside the 2-story, duplex-type apartment building. Although the more than 100-year-old frame building appears to be a single-family home from the outside, Cook County records say that it has four apartments.

The children were pronounced dead at local hospitals, while the adult was pronounced on scene.

One firefighter suffered a minor injury and was taken to a hospital.

The state fire marshal was on the scene assisting investigators to determine what happened. Anderson said the cause was not known.