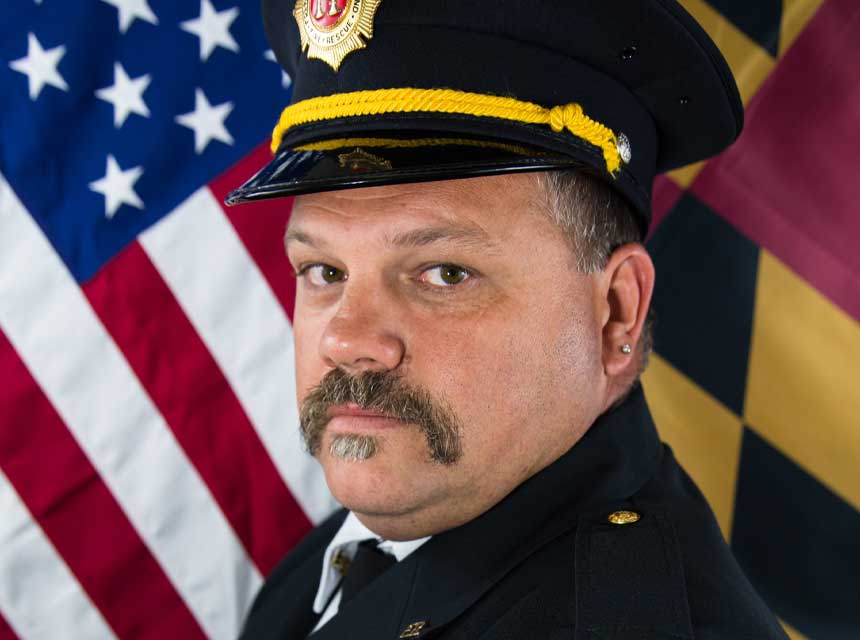 According to the Frederick News Post, Captain Laird, 46, was responding with other firefighters to a fire in the 9500 block of Ball Road in Ijamsville when he fell through the floor. A Mayday was transmitted around 5:07 p.m., and Captain Laird was rescued from the building and transported by helicopter to a medical facility.

An investigation is ongoing.

Captain Laird of the of Green Valley Fire Station had more than 21 years with the fire service.

Report from the U.S. Fire Administration:

On Wednesday, August 11, 2021, Captain Joshua D. Laird responded to a residential fire. While working to extinguish the fire, he fell through the first floor into the basement. Rescue efforts were initiated and fellow emergency responders located and removed him from the structure. He was found to be in cardiac arrest and was immediately rushed to MedStar Washington Hospital Center, via Maryland State Police Aviation, but was unable to be revived from the injuries he sustained.

Original Story (8/11/2021): One firefighter was airlifted to a hospital falling through the floor at the scene of a house fire, reports WDVM.