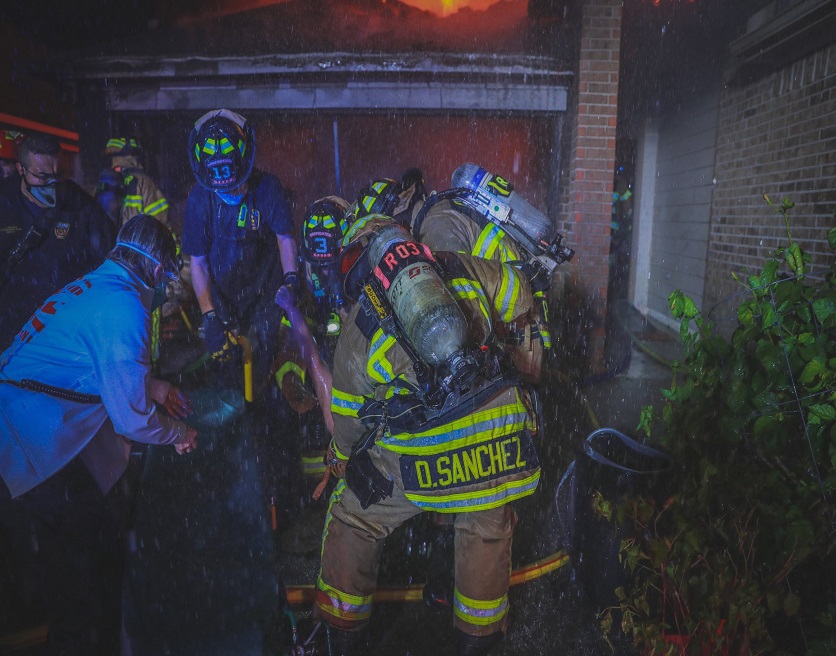 According to a report from ABC13, Cy-Fair Fire Department (CFFD) firefighters saved the lives of a father and daughter from a Katy, Texas, house fire overnight after the father was desperately trying to save his family. The entire rescue was caught on helmet camera video, seen below.

Neighbors noticed a fire in the garage of a home on the 21500 block of Wellsford Glen Dr. just before 11 p.m. Wednesday and called 911.

CFFD firefighters say three adults live in the home: a husband, wife, and their adult daughter.

Before firefighters arrived, officials say the husband escorted his wheelchair-bound wife out of the home. He then went back into the burning house to try and get his daughter.

When firefighters arrived at the scene, they found the husband and daughter unconscious. When crews brought the pair outside, neither had a pulse, and they both suffered from smoke inhalation.

CFFD crews began cardiopulmonary resuscitation after the rescue, which revived the father and daughter, who were then transported to Memorial Hermann. At last check, they were listed in critical condition.

According to neighbors, the father and mother are both in their 60s.

The cause of the fire is still unknown. Fire officials believe it began in the home’s garage and then spread to the rest of the house.

Harris County Fire Marshal’s Office investigators said the rescue was particularly dangerous because of the amount of smoke with which firefighters had to contend.