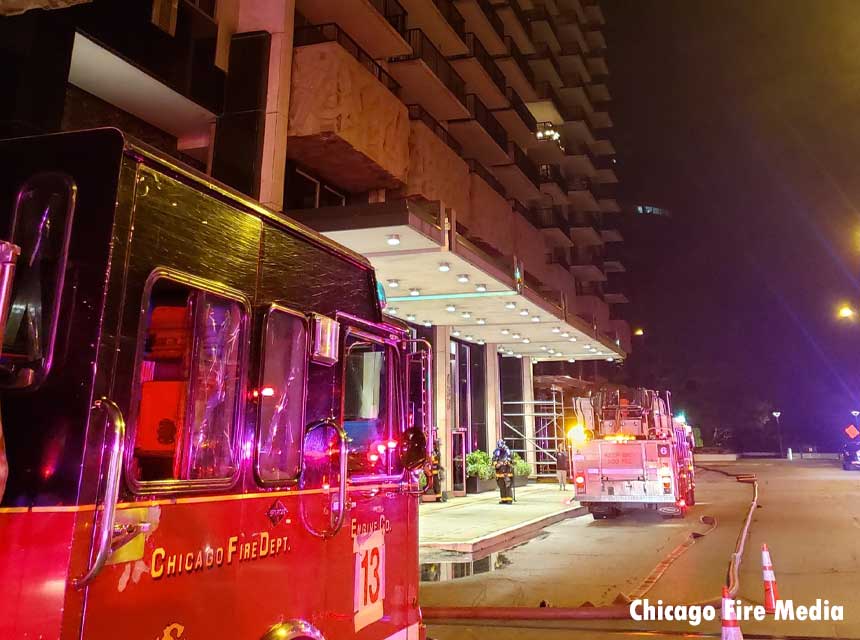 According to a report from CBS2, six people were hurt in a high-rise fire in The Loop at 400 East Randolph, located near Maggie Daley Park, shortly after 12:30 a.m. Tuesday morning. Most of the people injured suffered from smoke inhalation.

The fire, originating from a single unit on the 32nd floor, appears to be electrical. However, the cause is unknown.

While responding to the fire, five firefighters became temporarily stuck in an elevator. They were not injured.

A 60-year-old woman and a 77-year-old man, both of whom live on the 32nd floor, were hospitalized in serious condition. A third person was also hospitalized, but his condition was not serious.

One pet died in the fire. Crews were able to knock out the fire in about one hour.