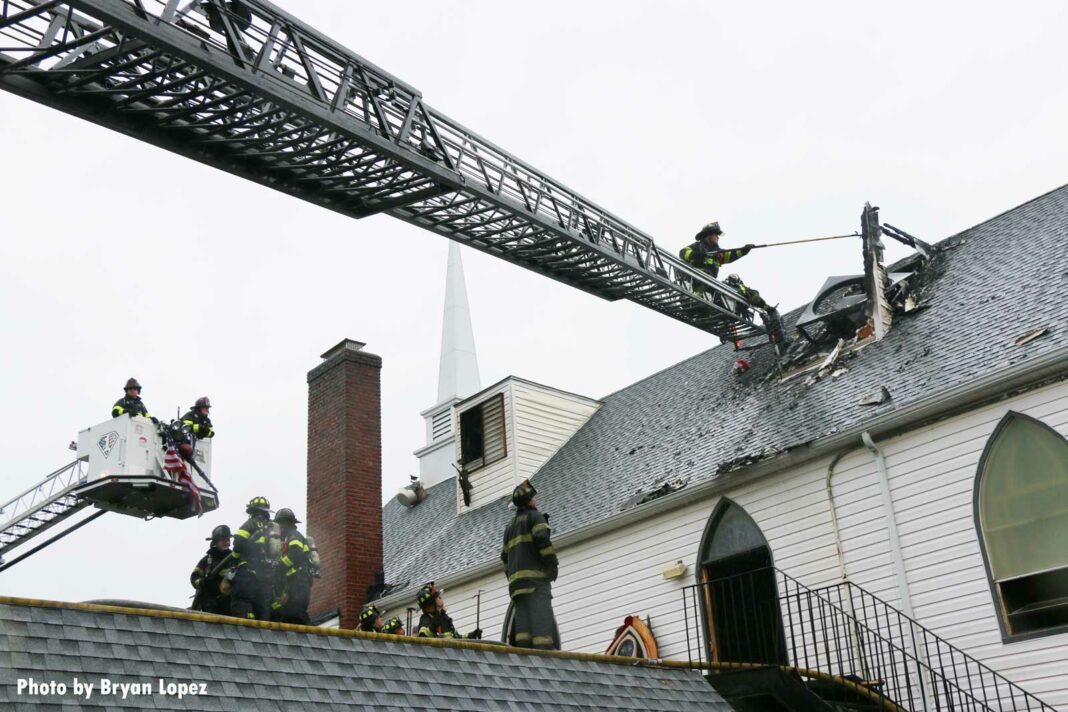 Photos and video by Bryan Lopez

On Christmas morning 2020, the Levittown (NY) Fire Department was alerted for a reported structure fire at the Good Shepherd Church on Hempstead Turnpike. Upon arrival, units were met with fire showing from the roof and transmitted a working fire.

Mutual aid was brought in from Bethpage, Wantagh, and East Meadow fire departments to assist on scene. Multiple attack lines were put into operation.

Firefighters can be seen removing valuable church items for safekeeping.  Crews had the fire brought under control in under an hour, but not before serious damage was done. This historic church has stood as a fixture on Hempstead Turnpike for over 70 years in America’s first suburb.

One firefighter was injured fighting the blaze. The cause of the fire is currently under investigation by the Nassau County Fire Marshal’s office.