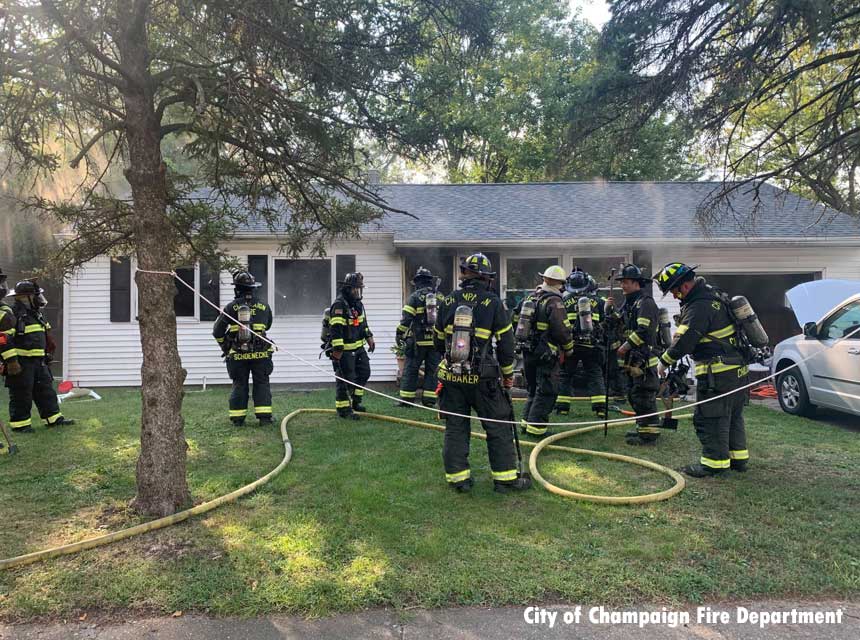 City of Champaign (IL) firefighters rescued a person from a house fire Thursday afternoon, according to a release from the department.

The Champaign Fire Department responded to a fire in a single-family home at 1215 Redwood Dr., Thursday, September 30, 2021, at 3:51 p.m. Fire crews rescued one adult fire victim from the home.

Firefighters responded to a report of a fire at this single-story residence. Once on the scene, fire crews reported heavy smoke coming from the home. Firefighters were advised an occupant remained inside. Firefighters quickly entered the home and rescued the victim.

Additional crews deployed multiple hose lines and extinguished the fire. The cause of this fire, believed to have started in a bedroom, is under investigation. Two adults and two children were home at the time of the fire. One adult was treated on scene and transported to a local hospital with serious injuries. No firefighters were injured.

The occupants will be displaced as a result of the damage.

Rescuers vs. Rescued: Are Our Priorities Backward?

The Long and Short of It: Maximizing Primary Search on the Suburban Fireground