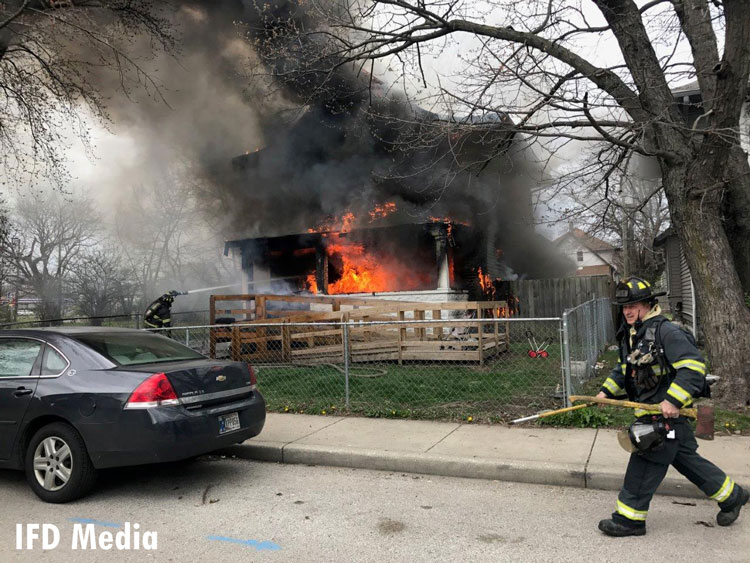 Two people were rescued from a house fire last Thursday in Indianapolis, Indiana. The fire forced three other people to scramble out of the building through any means available.

A passerby, Aubrey Houston, spotted flames and ran around to the rear of the house, where he used a nearby mattress to help an occupant jump down from a porch roof. A neighbor made a separate rescue: Josephy Mobley, 49, saw the fire and ran on foot to the home, kicked in the door and rescued a 20-year-old quadriplegic male who was unable to get out on his own.

Another occupant and her two youngest children escaped before the fire escalated.

Multiple reports of entrapment kept initial search crews busy until firefighters could get the family to confirm that all occupants were accounted for.  Firefighters made an aggressive attack on the fire and had it under control in 20 minutes, using four handlines.