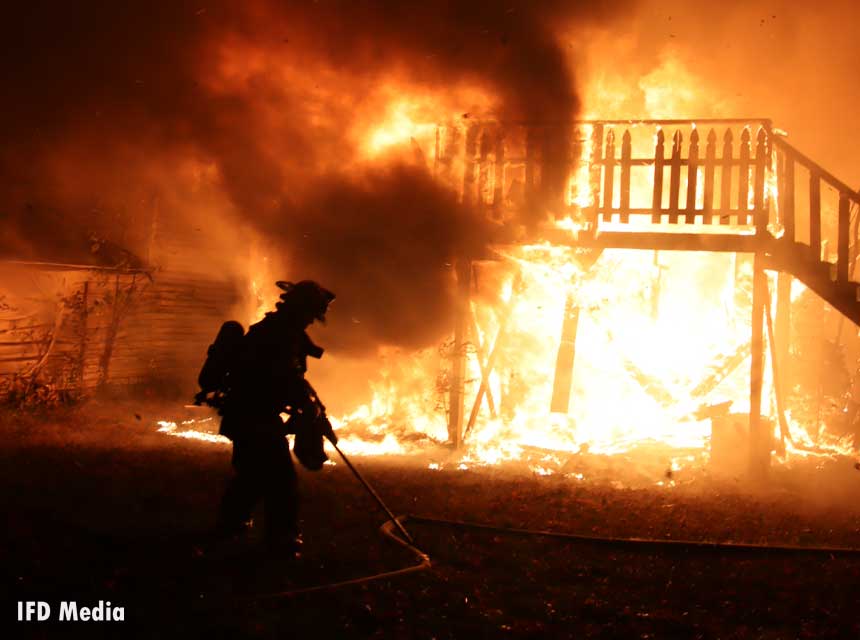 Crews arrived at 7:15 p.m. 2821 W. Thompson to find the home fully involved and no hydrants in the area. Command ordered defensive fire only at 7:33 p.m. and ordered three tankers for water supply. The house was occupied by two adults who were not home when the fire broke out. Two cats were unaccounted for.

Firefighters from Indianapols and Decatur Township Fire Department used all available tank water as tankers set up for shuttle operations. Tanker and shuttle operations are a labor-intensive effort and rapid deployment is crucial to the success of any fire in a nonhydranted area. For crews at the fire scene, patience is a must as the engineers work together to establish a solid water supply.

The heavy fire was brought under control in one hour and 30 minutes. There were no injuries. The occupants have no insurance and no idea what could have started it.