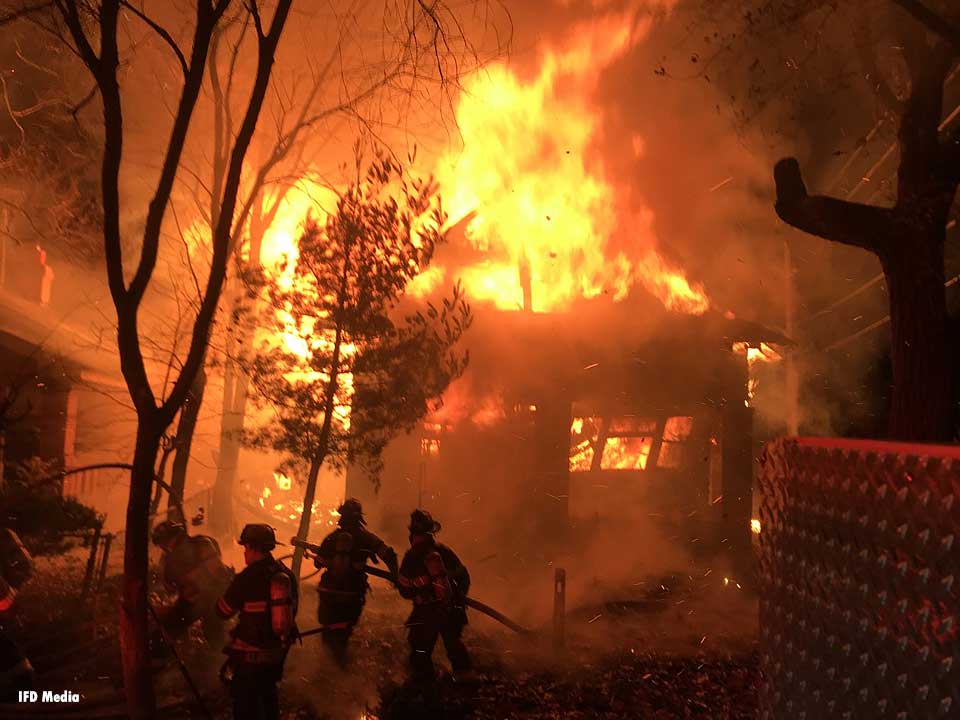 Indianapolis (IN) firefighters were kept busy with a number of fires overnight, including this raging fire at S. Grand Ave & Burgess Ave.

At 5:22 a.m. on December 1, 2020, firefighters rolled up on a fully involved, single-story residence with possible reports of entrapment. The entrapment was unfounded, with neighbors reporting the house is vacant with squatters in and out. An occupied exposure building sustained significant damage.