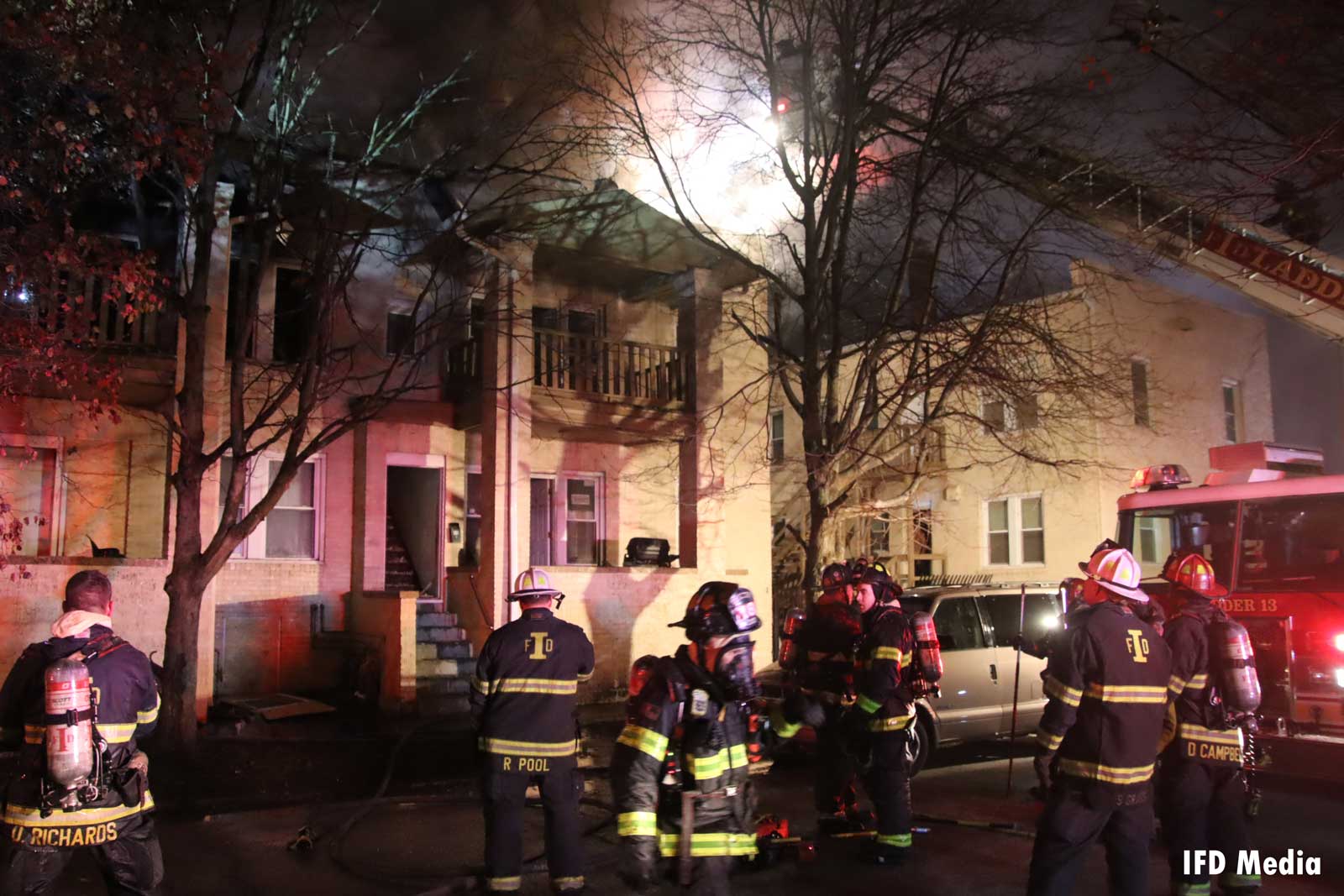 Indianapolis (IN) Fire Department (IFD) firefighters responded early today to a fire at the same building where a man was killed in a fire last week.

Crews responded at around 4:30 a.m. on December 7, 2020, to a fire at 11 N. Traub. They found heavy fire and smoke showing from the attic space. Thirteen IFD units were dispatched along with two Wayne Township units. There were no working smoke alarms and utilities had not yet been restored to the structure since the previous fire last week. The fire in under investigation.

The previous fire occurred on Thursday, December 3, 2020. Companies responding to that afternoon fire located a 74-year-old male victim unconscious in an upstairs unit; firefighters rescued the man from the building and he was transported in extremely critical condition, and ultimately succumbed to his injuries.

During that fire, six units were affected by smoke, fire, or water damage. The fire initiated in the vacant apartment on the lower floor, reportedly inhabited by squatters. Several cats were also rescued from the fire and revived by firefighters.

Indianapolis (IN) Firefighters Respond to Fire with Reported Entrapment