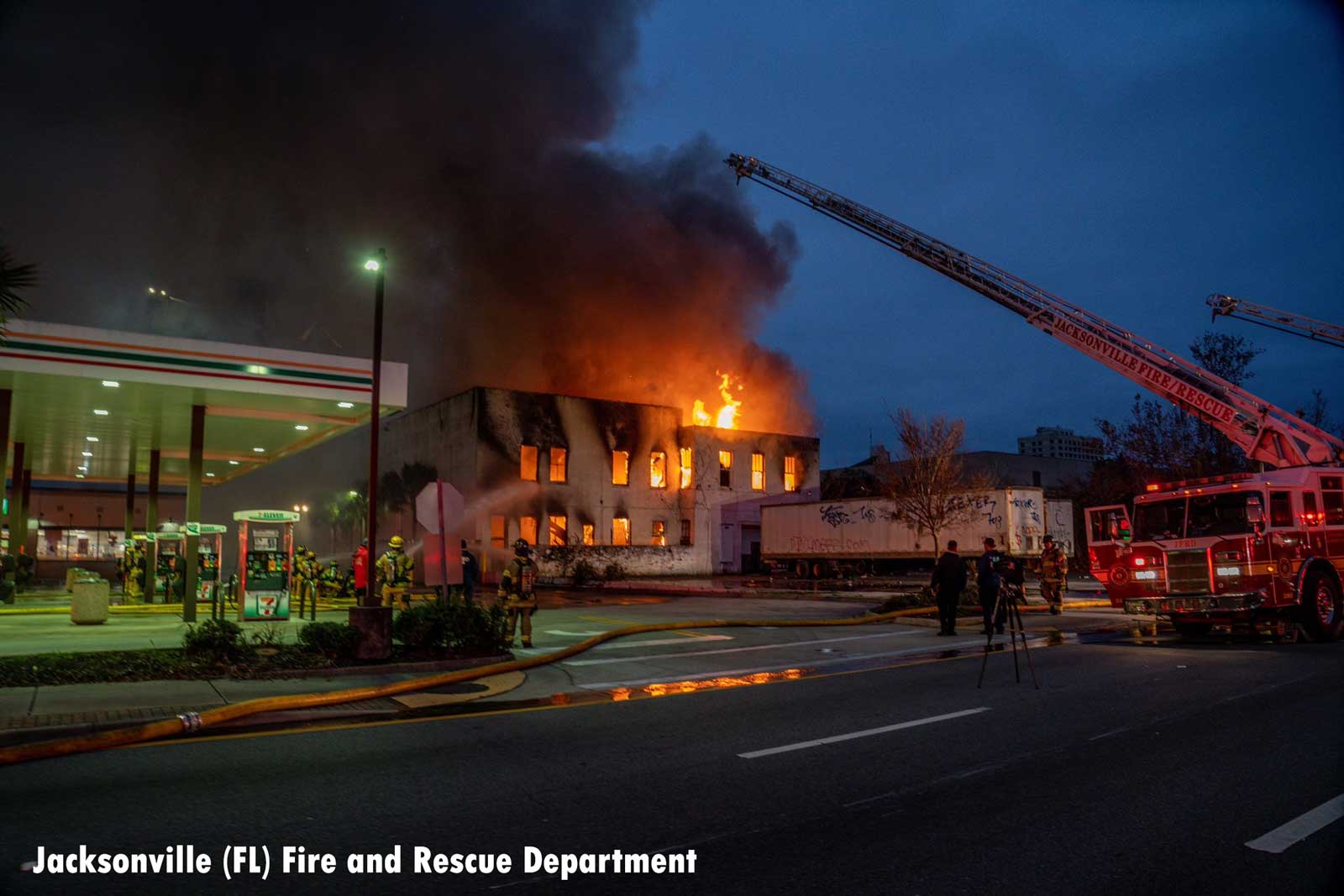 Jacksonville (FL) Fire and Rescue firefighters battled a fire that went to three alarms over the weekend on Union and Main.

Ladder 4 arrived on scene at the fire Saturday afternoon and advised there was fire showing from the second story of the commercial building. Photos and video from the scene showed large flames shooting from the structure.

City code enforcement found safety and structural concerns at the scene of the fire, according to Jacksonville Mayor Lenny Curry.

First Coast News reported that more than 100 firefighters responded to the scene, and there was a partial roof collapse. Firefighters had the fire under control in a little over an hour.