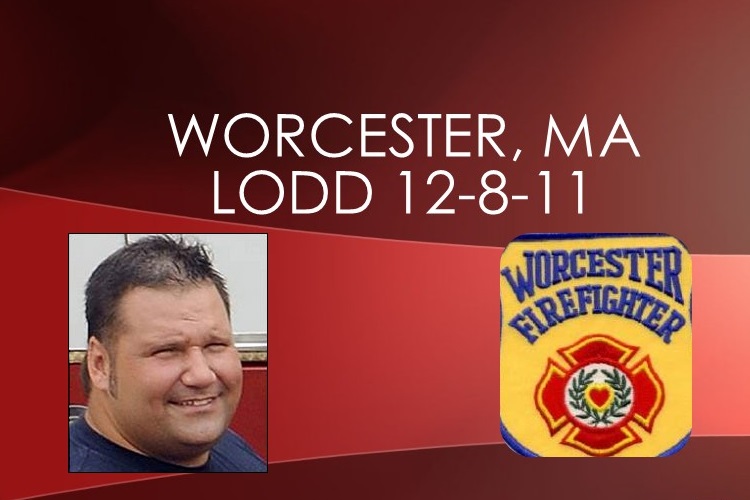 The month of December is a cruel one for firefighters; it holds many remembrances of tragedy and sacrifice. Several of these tragedies go by one name such as “Keokuk.” Some, from long ago, have become forgotten such as the Buffalo, New York, explosion that killed five firefighters. The event that most firefighters of my generation most commonly recall is the Worcester, Massachusetts, cold storage warehouse fire in 1999 in which six brave Worcester (MA) Fire Department (WFD) members were killed.

To have just one line-of-duty death (LODD) can be traumatic for any department, but to lose six in one incident is unimaginable. I cannot fathom the loss felt by Worcester’s bravest when, on December 8, 2011—nearly 12 years to the date of the warehouse fire anniversary—the department lost member Jon Davies in a collapse of a section of a residential “triple decker” approximately 20 minutes after arrival.

Firefighter Davies was a member of a rescue company performing a second-floor search of the triple. He, along with another seriously injured firefighter, were trapped for several minutes while fellow firefighters worked frantically to remove them.

The unusual aspect of this event was that the collapse, by all reports, was not caused by fire but rather by neglect and decay of the foundation. This dwelling had several code violations and was abandoned for some time—so why were members inside? There were reports of a victim on the second floor. First-arriving emergency medical services crews removed one victim prior to the WFD’s arrival, and this victim was adamant that a second victim was inside. However, no other victims were found in the remains of the building.

This oft-forgotten event was overshadowed by so many other tragedies in the month of December that we must refocus our energy and policies toward working with other departments in our areas to gather as much intelligence as we can on our buildings. As stated above, this particular residence was the site of several citations made by the Worcester building officials prior to the fire.

With the technology of 2016 soon to be that of 2017, it is a no-brainer to link up with your building departments and fire prevention bureaus to glean all you can regarding buildings in your response area. We owe it to brother Davies’ legacy to work a little harder get out and know our buildings; it’s as simple as that! Please use the attached LODD review presentation to help kick-start that effort.

For more on this incident, click on the links below:

May Their Sacrifices Not Be in Vain: Toledo (OH) Double LODD Case Study

May Their Sacrifices Not Be in Vain: Kansas City (MO) Double LODD Case Study

May Their Sacrifices Not Be in Vain: Cincinnati (OH) Firefighter LODD Case Study

May Their Sacrifices Not Be in Vain: Muncie (IN) Firefighter LODD Case Study

May Their Sacrifices Not Be in Vain: Lancaster (PA) Firefighter Near Miss Review