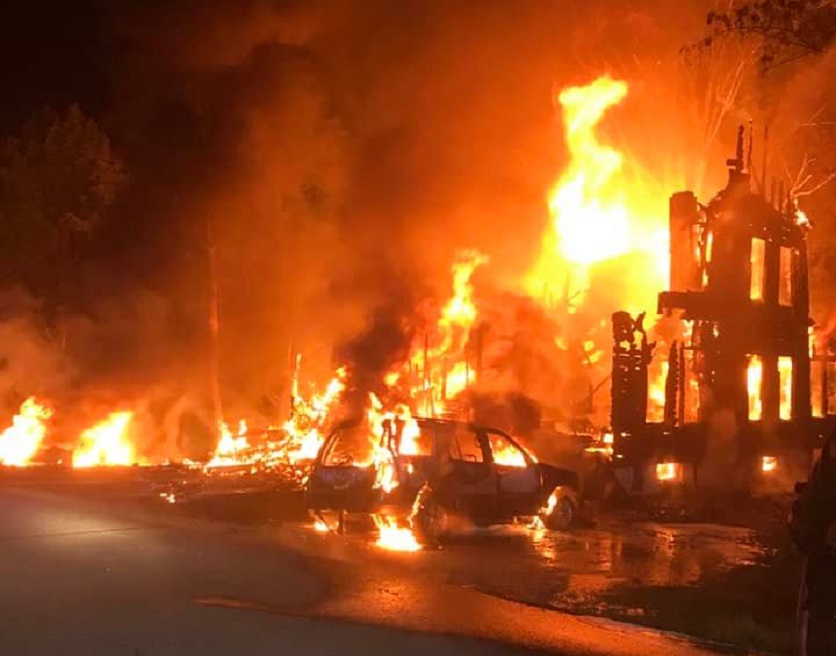 According to a report from WWLP, firefighters from 12 departments—including one from Halifax, Vermont—responded to extinguish a house fire in Colrain, Massachusetts, at around 3:30 a.m. Sunday morning.

According to the Colrain Firefighters’ Association, the department was first called to the home at 175 Call Road. On arrival, they found the house and two vehicles on fire as well as down electrical lines in the roadway. All residents of the home were able to evacuate to safety.

Firefighters from departments across central and western Franklin County were called in to provide assistance, including ladder and tanker trucks.

The fire’s cause is being investigated by the Colrain Fire and Police Departments and the office of the State Fire Marshal.

Improving Size-Up…One Letter at a Time