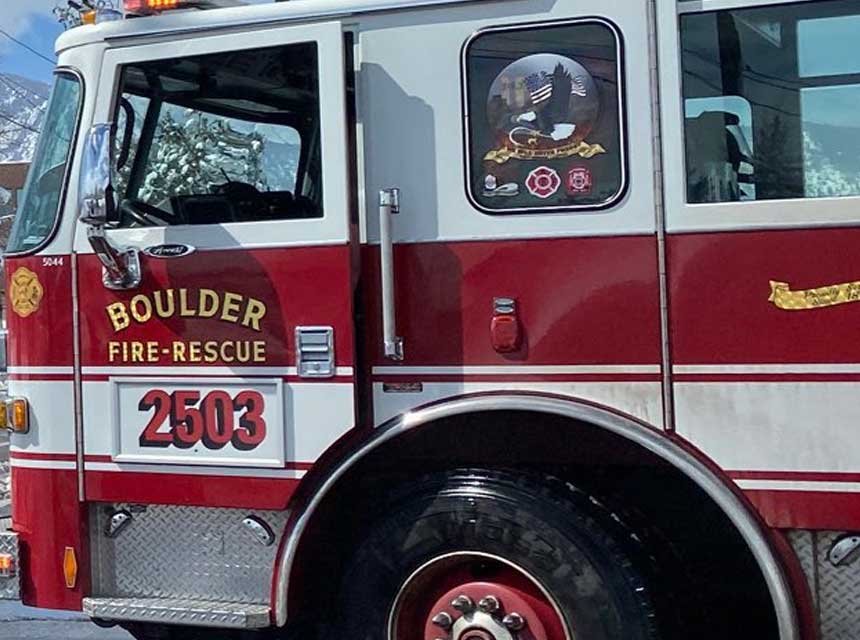 Jul. 7—A man has been arrested after he reportedly taped a road flare to a propane tank, lit it and threw it at people outside a Boulder fire station.

Mark Stephen Szyperek, 58, was arrested Monday on suspicion of four counts of attempted first-degree assault with a deadly weapon, fourth-degree arson and possession of explosives.

According to an arrest affidavit, police were called at 6:49 p.m. Monday to a grassy area just west of a Boulder fire station at 1585 30th St.

There, witnesses told police Szyperek had thrown some sort of flaming device at them before firefighters were able to put the device out.

Police spoke to a firefighter who said the device was a road flare that had been taped to a foot-long propane cannister. The firefighter said that had the flare not been extinguished in time, it could have produced a serious explosion.

One firefighter also said he heard Szyperek say he was going to kill one of the other people in the area at the time the device was thrown.

Szyperek was located at a nearby grocery store and arrested without incident.

He remains in custody at the Boulder County Jail on $10,000 bond as he awaits a formal filing of charges on Thursday.