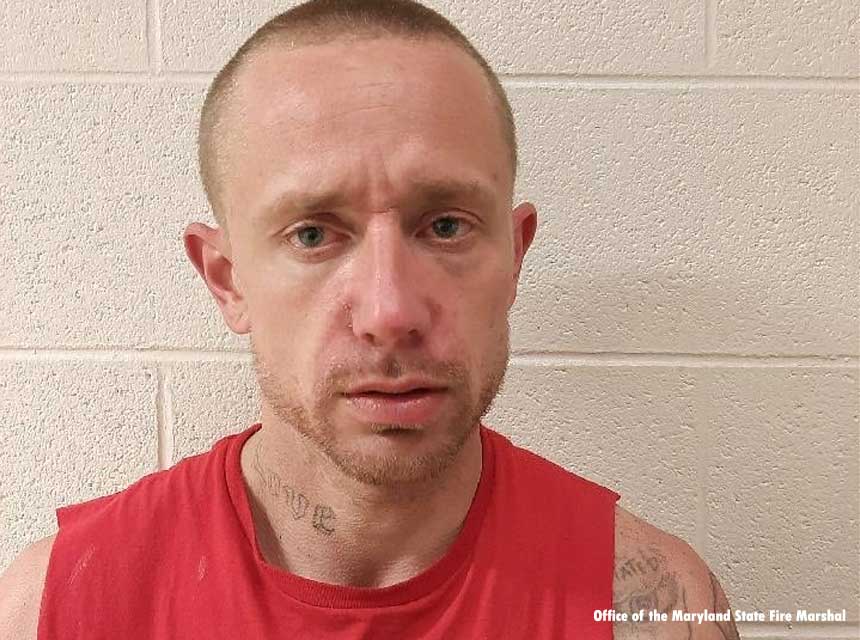 A Cecil County man was charged with arson and attempted second-degree murder in a February house fire that injured four firefighters in North East, the Maryland Fire Marshal said in a news release Thursday.

Dwight Heath Holmes Jr., 32, of Elkton, was arrested and ordered held without bond on more than a dozen charges, including assault and reckless endangerment, according to the fire marshal and court records.

The fire marshal’s office said investigators determined he was “responsible for intentionally setting” the blaze before 1 a.m. on Feb. 10 at a single-wide mobile home in the Lakeside Mobile Home Park at 106 Superior Court. A news release from the office did not provide details on how investigators identified him as a suspect.

After entering the home, believing someone was inside, firefighters had to be helped out of the window of the mobile home after conditions inside deteriorated, the fire marshal’s office said. Three firefighters were transported to Johns Hopkins Bayview Medical Center — two of them flown by Maryland State Police Aviation Command. A fourth was taken to Union Hospital of Cecil County.

“These kinds of cases are often challenging to solve. I appreciate the tireless work by those who investigated this despicable act,” State Fire Marshal Brian S. Geraci said in a statement. “The response to this incident has been loud and clear. This kind of work production speaks highly of these investigators and shows their true commitment and compassion to the citizens of Maryland and those who put their lives on the front line every day.”

Holmes is being held at Cecil County Detention Center. No attorney was listed for him in Maryland’s online court records as of Thursday.