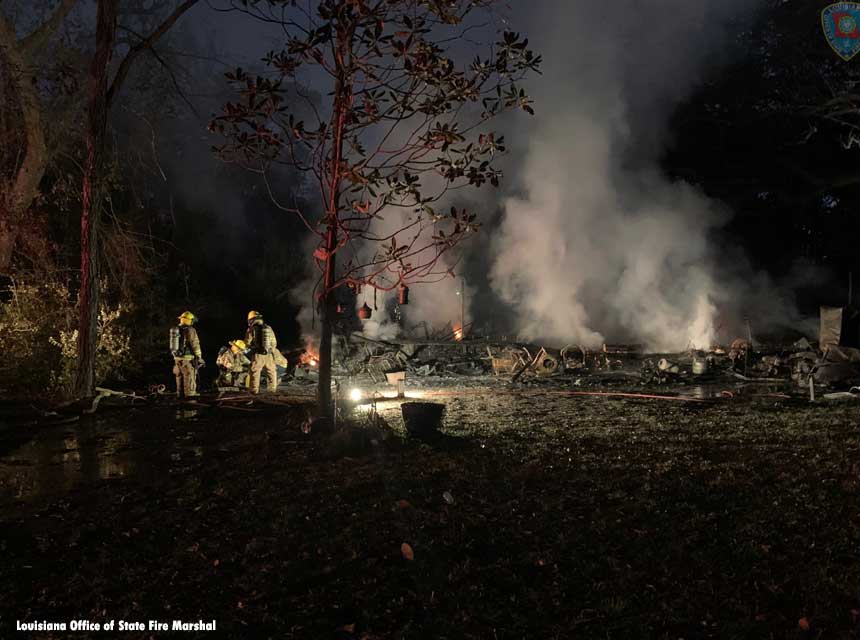 The Times-Picayune | The New Orleans Advocate

Jan. 14—A 61-year-old Lacombe man who went back into his burning house to rescue his pet dogs was fatally injured when the structure collapsed on him, authorities said Thursday.

St. Tammany Fire Protection District 3 personnel found the house, a small building about 18 inches off the ground in the 27000 block of Washington Street, engulfed in flames when they responded to an emergency call Tuesday at about 3:15 a.m., Chief Patrick Sicard said. One resident, standing outside, told investigators that his brother, Roy Fisher, evacuated the burning house then went back inside to retrieve his pet dogs and hadn’t returned.

With assistance from the Mandeville Fire Department, firefighters extinguished the blaze then entered the building for what they assumed would be a recovery mission. Then Assistant Chief Michael Geissler heard a moaning sound.

“Lo and behold, they found the man alive underneath the floor,” Sicard said. “This man found a void space and lived through that inferno.”

Severely burned, Fisher was taken to Lakeview Regional Medical Center near Mandeville, then transferred to the burn unit at University Medical Center in New Orleans, where he died Wednesday, Coroner Charles Preston said.

A neighbor told firefighters the house might have been in disrepair. Sicard said. He was unsure whether Fisher had fallen through the floor or had wedged himself between the ground and the floor as a survival tactic.

The Louisiana state fire marshal’s office said it determined the fire began in the living room. Though they have not determined the cause of the fire, investigators said it might be related to home heating.

“The status of the dogs is unknown at this time,” the fire marshal’s office said Thursday.

Visit The Times-Picayune | The New Orleans Advocate at www.nola.com