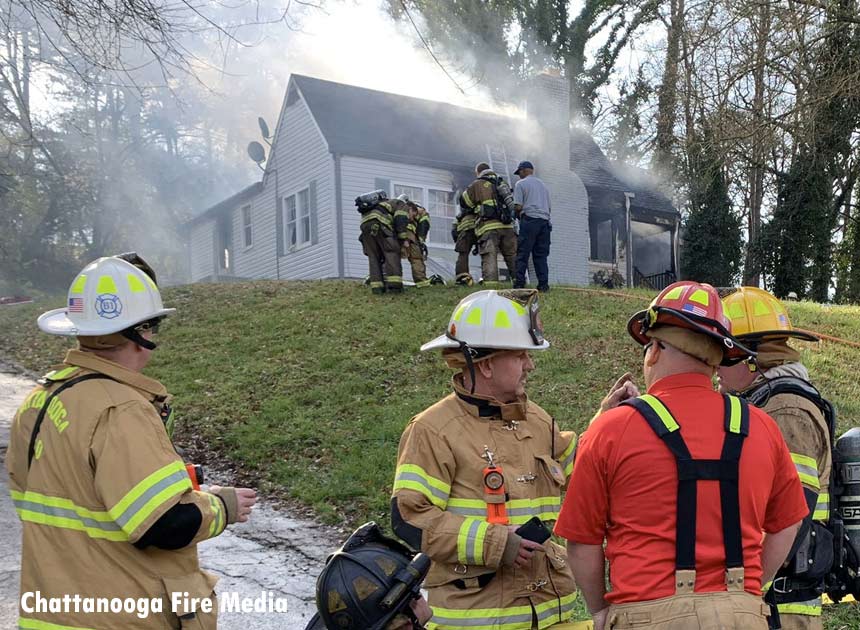 Chattanooga (TN) firefighters pulled two people from a house fire yesterday that also sent one member to the hospital.

Firefighters responded to a call at around 8:55 a.m. to a home in the 1300 block of North Concord Road.

Fireground Communications: From Size-Up to Mayday

The first-responding company found heavy smoke and flames coming from the home. They initiated a Mayday call for a firefighter who went into the structure when they weren’t able to get in touch with him right away. Thankfully, he was all right and managed to pull a child from the burning residence. The firefighter was taken to the hospital as a precaution and treated for minor injuries.

Our crews are still working hard on N Concord Road on a residential fire. Call came out just before 9 AM. One Firefigter transported to hospital as precautionary measure, two other patients transported from the scene. Their conditions unknown at this time. pic.twitter.com/2cNc5wS7XZ

Firefighters are rotating in and out and taking breaks as they work to get this house fire under control N Concord Rd in East Brainerd area. One adult, one juvenile and one firefighter transported to hospital for treatment. pic.twitter.com/zgZz9Lg6Ev

Two patients, the juvenile resident and one other adult resident, were also transported to the hospital. The fire went to two alarms and is under investigation.

“The crews had a lot of fire showing when they got here, showing from multiple rooms which makes search and rescue much more difficult. They did an outstanding job when they got here to get to the child inside,” Fire Chief Phil Hyman said.

“Their training and the protective equipment that the department has meant that lives were saved today,” Operations Chief Rick Boatwright added.

Lindsey Rogers is the public information officer for the Chattanooga (TN) Fire Department.