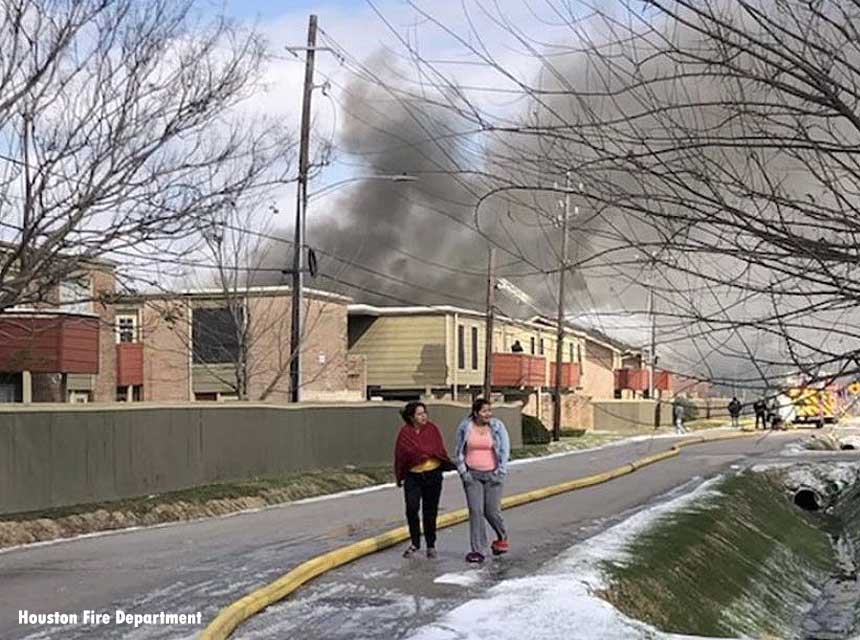 Houston (TX) firefighters battled an apartment fire on Monday that went to multiple alarms, according to reports.

A partial collapse was reported on scene at 6009 Bellaire.

The department’s Twitter feed noted that a Mayday was called during the fire. Two firefighters were transported to a nearby hospital in stable condition with injuries from the incident.

According to KTRK, Houston Fire Chief Sam Peña said the members sustained minor injuries after they were trapped under a collapsed roof. Approximately 80 families were displaced, the report said.