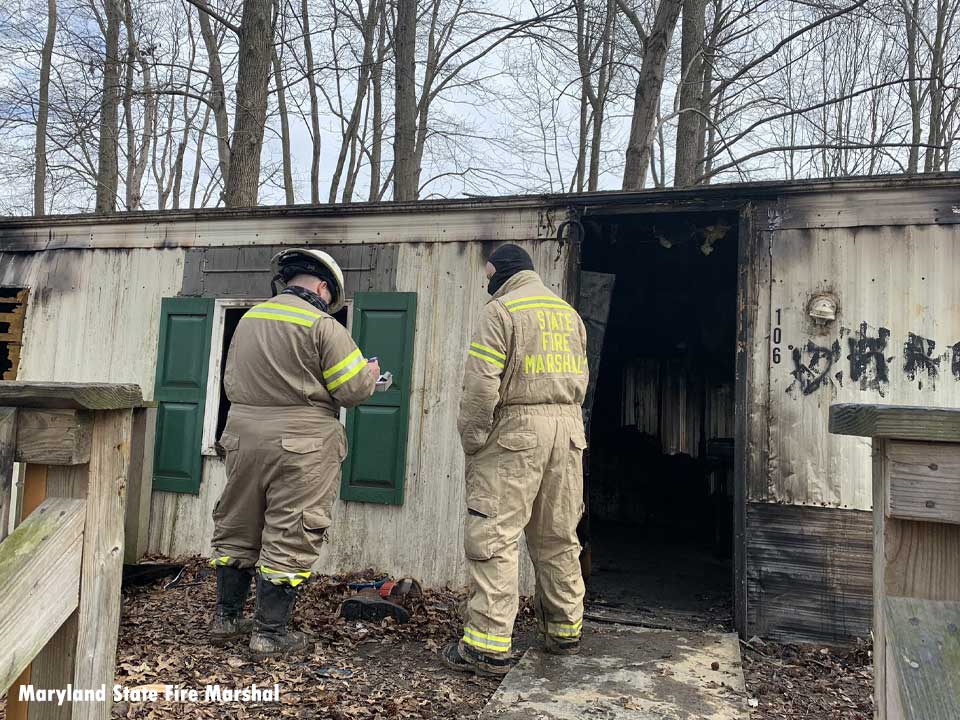 Several firefighters sustained injuries and were transported to a burn center during operations at a dwelling fire yesterday in North East, Maryland.

According to the Maryland State Fire Marshal, crews were responding to a dwelling fire in 100 block of Superior Court. A total of three Charlestown Fire Company firefighters from Station 5 were admitted to Johns Hopkins Bayview Medical Center for their injuries. On social media, the agency said that all are in stable condition, with two having sustained 20-percent burns.

According to WMAR 2 News, responders suspected that someone might be trapped in the mobile home, with law enforcement trying to force entry with a sledgehammer. Firefighters from the Charlestown and North East fire companies arrived and made entry, but conditions deteriorated, the report said. A Mayday was declared but the members managed to exit the structure via a window. The reports of entrapment were unfounded.

There have been several fatalities and injuries at mobile home fires recently, with four dead in a recent fire in Georgia.

Your First Mayday Shouldn’t be the Real Thing!