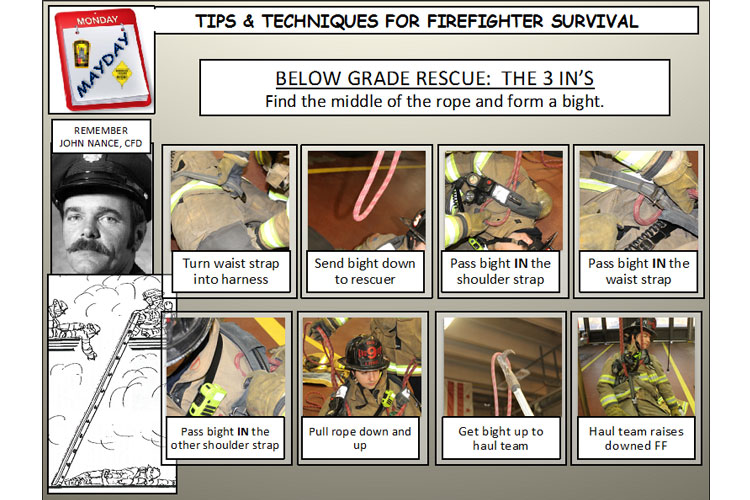 As this posting was being developed, Nathan Flynn, a firefighter from Howard County, Maryland, was killed while fighting a fire in a large single-family dwelling. Not much is known about the situation, but we do know that Firefighter Flynn fell into the basement of the structure.

RELATED: My Rope Is Your Rope | Training Days: The John Nance Drill | Training Minutes: Rescuing a Firefighter Who Has Fallen Through the Floor

Basement fires are a very dangerous scenario for firefighters. This past July we had the 31st anniversary of the tragic death of Columbus (OH) firefighter John Nance, who died fighting a basement fire. The name should ring a bell as you most certainly have participated in the Nance, or Columbus, Drill during basic Mayday training. To review, John and his crew responded to a fire in the basement of a four-story commercial building around 10:30 p.m. on a Saturday night. After an extended search for a basement entrance and getting replacement air cylinders, the men returned to the building. Before access could be gained, John fell through the fire-weakened floor into the basement. Immediately, other members tried to pull him up through the opening but could not raise him. Over the next several minutes, many frantic rescue attempts were made. Unfortunately, as the rescue was going on the fire was continuing to burn. Command ordered all members out of the dangerous fire building. Finally, at 5:02 the next morning, John Nance’s body was recovered from the rubble. Click here for a story on “The Murder of Columbus firefighter John Nance.”

This month’s firefighter survival drill/skill is to perform the rescue of a firefighter from below grade (basement). While there are several techniques that could be used to effect this rescue, a favorite here at the Mayday Monday Headquarters is the “3 Ins.” This method uses one rope and brings the trapped member further out of the hole then other techniques. Here is the procedure:

If needed, the rope can now be sent back down into the hole and the rescuer and be raised up and out.

Please give this drill/skill a try. As with all of the techniques and tips offered by Mayday Mondays, don’t let the first time you try the skill be when you need it!! Practice, practice, practice. While you are practicing, take pictures and send them to mayday.monday@dc.gov.