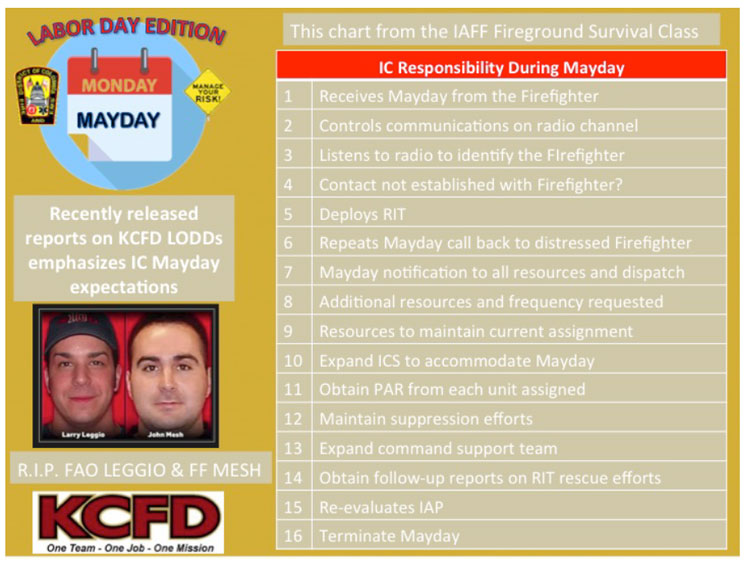 This month’s Mayday topic will focus on the chief and/or incident commander (IC) and provide expectations of the IC during a Mayday. The recent release of a NIOSH report from a Kansas City (MO) fire emphasizes the important role the IC will play during these low-frequency events. On October 12, 2015, the Kansas City Fire Department lost two firefighters in a building collapse. This fire involved a four-story, mixed-use apartment building with trapped occupants. Conditions worsened and a withdrawal was ordered. As units were repositioning for the defensive attack, a wall collapsed, killing two firefighters. The NIOSH report on this incident provides several recommendations for ICs, including this one:

Recommendation #11: Fire departments should provide a checklist for the incident commander regarding procedures in the event of a Mayday.

Here is the link to the NIOSH report, the KCFD internal report, and the D.C. fire department’s Mayday Worksheet for the IC.

The Mayday drill for September is to review the attachments and learn from the sacrifices of these members. Also, look at your fire department’s guidelines and procedures and get prepared. 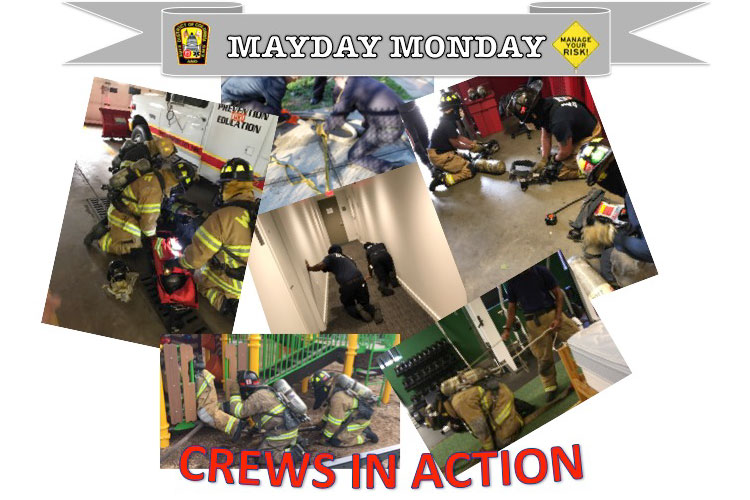 Recently, we have heard from some of our readers and they have provided pictures of their drills. Above is a taste of what they have been doing. Thanks again for you support. Keep sending in your pictures to mayday.monday@dc.gov.

Big news here in the Mayday Monday headquarters–I am being promoted to battalion chief, effective September 17. Thanks to everyone for the support and help along the way. I can’t wait to get started in the First Battalion.

Tony Carroll is a captain and incoming battalion chief with the District of Columbia Fire & EMS Department.