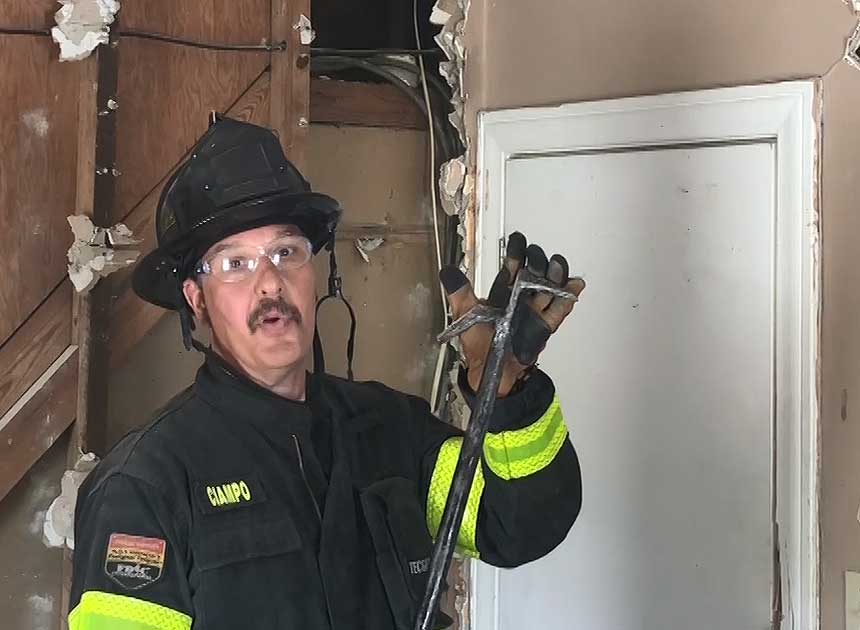 Returning from a first-due second alarm, walking into the firehouse, and seeing the relocated companies in the kitchen sipping coffee and waiting to discuss the job are a way of passing on information. Sharing what we ran into or what we encountered makes us all better.

Bill Gustin: HOW TO AVOID REKINDLES

As I headed into the housewatch room to write a journal entry, the computer tones went off and the ticket screen was one surely no one wanted to see: the address we’d just taken up from after operating for more than two hours. That information was relayed to the responding units over the PA while the rest of us who were washing masks and cleaning tools and equipment immediately felt a pit in our stomachs. We monitored the radio, waiting patiently for the initial scene report; it was transmitted that there were minor burning embers around a window frame and companies were attending to it. But still, that was our fire, our responsibility, even though we were relieved by another truck to finish the overhaul and complete the secondary search (a unit other than the first-due companies should do this to ensure the search is complete and thorough).

Whenever one company relieves another company, the officers should exchange information of where the bulk of the fire was, what needed to be done, where they encountered problems, and any other pertinent information. Recently, we had a raging apartment fire where the gas meter was completely burned off the wall in the kitchen. The ceiling joist and floor boards were severely “alligator skinned” in the kitchen and the fire spread in four bays into the adjoining room. There also were two ceilings in this adjacent room and the area was proving tougher to open up. In addition, the engine was going to have to wash down these bays more to ensure the fire was extinguished. At a previous incident, while we were told of the truck coming to relieve us, it was relayed on the radio for them to bring their portable reciprocating saw so they could easily cut the reinforced wire meshed lath and plaster to assist with opening up the walls and ceiling. Cutting the mesh in sections allows smaller sections to be pulled by one or two firefighters, which cuts down the time to open the area up and reduces the fatigue level of operating members.

One of the toughest places to get water into is between the ceiling joist and the underside of the subfloor above you. Directing the nozzle in a straight stream pattern so it drives the water into any existing crack between the two, allowing water to soak the materials down, is what we’re hoping to achieve. Many times, we’re lucky enough that when we do this, some embers emit from the area or it’s still smoldering and we know where we want a thorough washdown.

However, what happens when we encounter a double, triple, or intersection joist pattern and we can’t get water into that area? Or the flooring is charred so badly and there is a concrete floor above you and you can’t go to the floor above and pull up the floor to wash it down from there?

One quick tactic is to drive the forks of the halligan tool into the space between the ceiling joist and subfloor and then pull down on the adz end. Hopefully, this separated the material enough to allow the stream to penetrate the area. If the area needs to be opened up more, move along the joist with the same motion. Putting the adz end up into the joist area is a little more difficult because the joists are usually laid out on 16-inch centers, so there isn’t a lot of room to strike the tool with an ax in that space. Having the adz end below the joist allows another firefighter to strike the tool more easily.

There will also be times when we’ll need to rely on power tools and cut the floor from above; recently, we encountered fire extension into the wood “sleeper” in the floor (wood set in concrete when constructing the building to allow other walls to be tied together). A saw was used to expose the area because there was no other way to extinguish the extension.

Many younger firefighters today may lack knowledge of building construction other than what they learned at the fire academy. Depending on the age of the building, window construction and framing can be very different. In very old structures, be aware that the old and original windows will have hanging behind the finished molding large window weights, which are supported by old ropes. When you pull the smoldering or glowing trim from around the window, expect to see these weights or be cognizant that the ropes and interior of the frame may be burned and the weights will fall down into the wall or outward and hit you.

When you are done with the interior, always check the exterior framework: It may also have to be removed, especially if it is charred or was the fire room. Punching or prying it off from the inside often is easiest, especially if a firefighter operating off some type of ladder device can’t reach it. When one firefighter is leaning outward performing this function, it’s good practice for another to grab onto his coat as a safety measure.

Once the building is exposed down to the sheathing, the engine company should always wash down the exterior siding, preferably from the inside, to pinpoint the hoseline’s accuracy. Remember, the nozzle’s bail doesn’t have to be fully pulled back so the backpressure doesn’t cause you to fall out the window.

Rekindle is one of the most dreadful words a firefighter can hear. Let’s always be as thorough as we can and work together in opening up and extinguishing every fire we encounter.