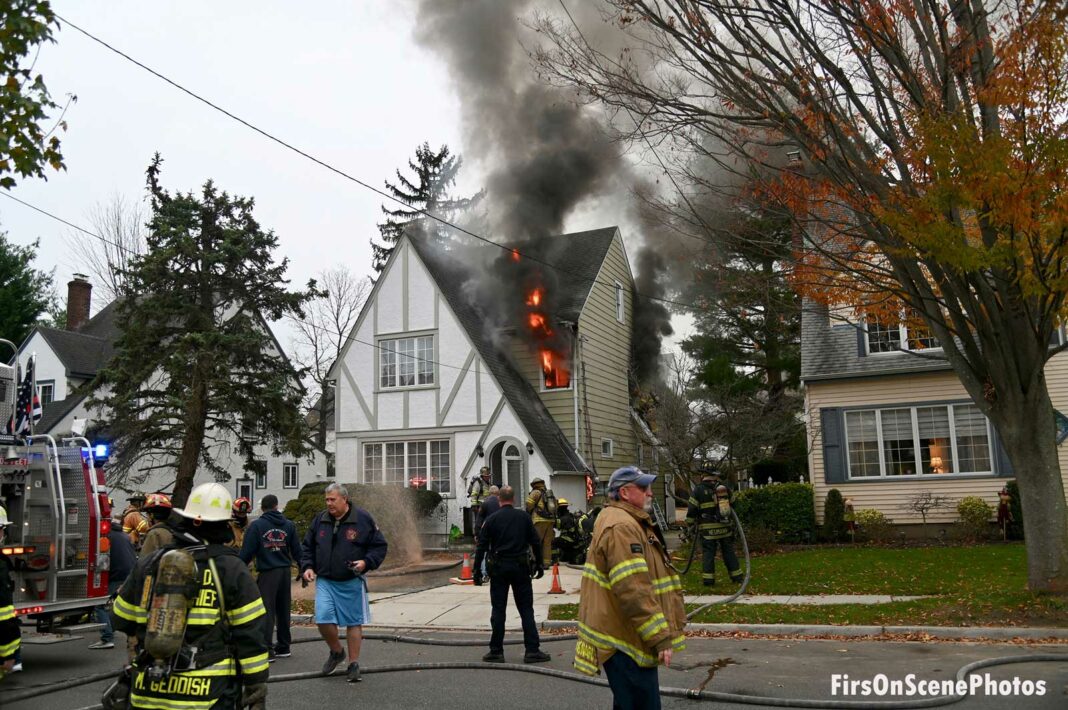 The Mineola (NY) Fire Department responded to the report of a house fire on Sunday afternoon, November 22, 2020.

On arrival at the Lewis Place home, units were met with heavy fire conditions on the second floor of the two-and-a-half story private dwelling.

Occupants of the residence were able to escape to safety but two family dogs were still inside.

While lines were stretched to the fire area, a search began for the pets.

The fire was knocked down with two hand lines and both dogs were located.

There were no serious injuries reported and Nassau County Fire Marshals were on the scene.