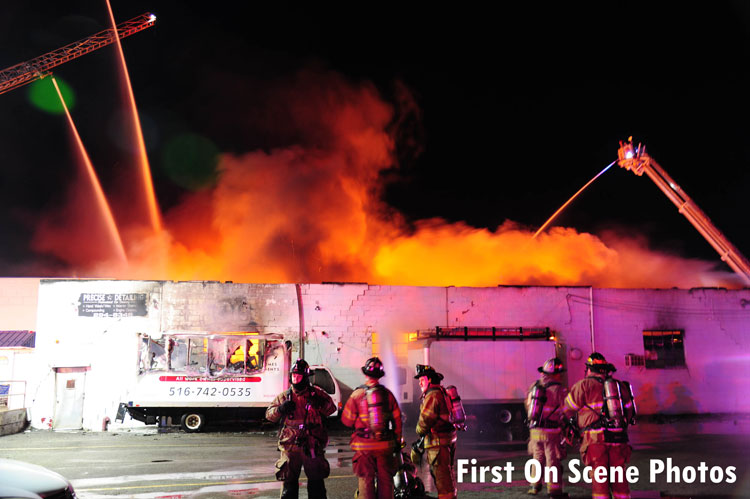 Pics and report by First On Scene Photos

The blaze broke out at the K Auto Repair Shop around 11:30pm and quickly became a huge fireball which could be seen for miles.
Heavy, black smoke blanketed the surrounding neighborhood and it took firefighters from numerous communities more five hours to bring the fire under control.

Long Island Railroad service on main line had to be shut down as the building threatened to collapse onto adjoining railroad tracks.

No injuries were reported.