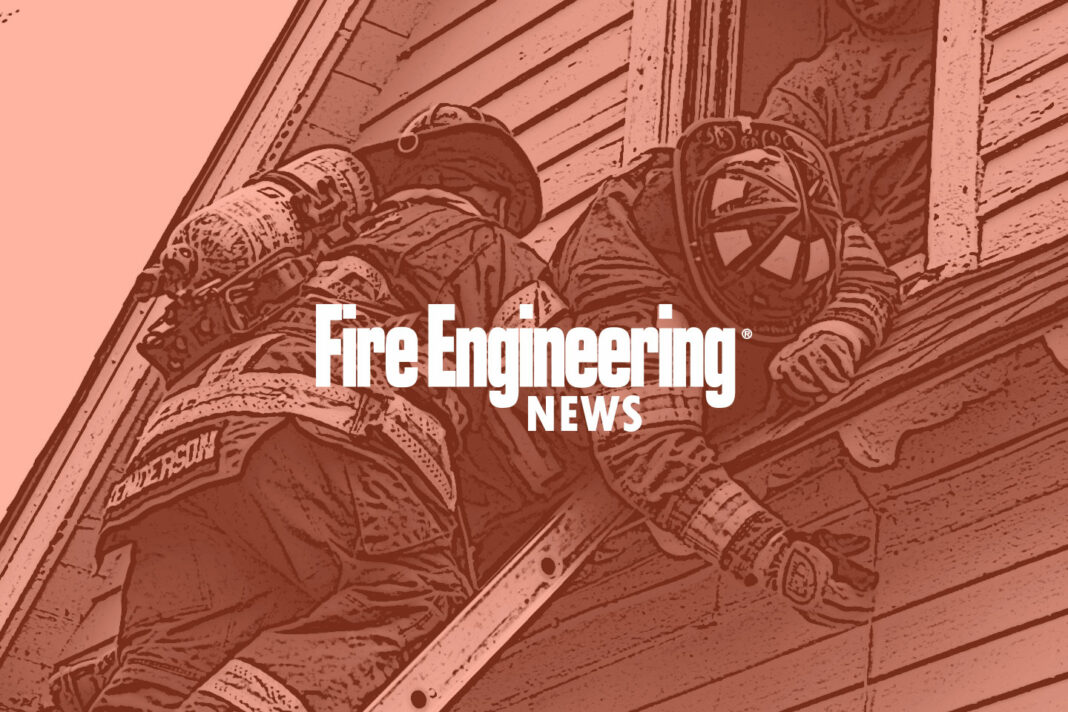 Don Kutz, the deputy chief of Montville Fire Co.and an emergency medical technician, died on Dec. 22 after a hospital stay and because he was battling COVID-19 complications. Kutz’s wife, Christine Kutz, died on Dec. 1for the same reason. She was an emergency medical services lieutenant at the Montville Fire Departmentwho served the community for more than three decades as an EMT.

Their deaths have brought an outpouring support from town residents as well as from emergency workers outside of town.

“We are sad to announce the passing of past chief, life member and current deputy chief Don Kutz,” the Montville Fire Co.said on Facebook. “Don has been with the Montville Fire Departmentfor 52 years as a very dedicated firefighter/EMT. Don will be greatly missed by all. On behalf of all the officers and members of the Montville Volunteer Fire Department, we send our deepest condolences to his family. No arrangements have been made at this time.”

A GoFundMepage, at http://bit.ly/gfmdak2020, to pay for Kutz’s funeral expenses had raised more than $5,000 from almost 60 separate donations as of Wednesday evening.

“My older brother passed away unexpectedly on Dec. 22, 2020, and we’re seeking donations to pay for a proper burial for him,” Darlene Szawerdawrote on the GoFundMepage. She noted that he “was dedicated to a life of service,” having also served in both the Army and Air Force.

Chesterfield Fire Co.Capt. Jimmy Fear, a friend of Kutz, said both Don and Christine did a lot of good for the community and the fire department.

“He’s someone people have looked up to for many years,” Fear said. “All our volunteer fire departments, their positions are voted on by the membership of the company, and for that to continue to roll forward, for someone to have a position for so long, just says everybody has a lot of confidence in them.”

Fear started out as a junior member with Mohegan Fire Co.in 2001. Around 2005 he joined Montville Fire Co., where he spent a good portion of his life as a volunteer firefighter, and where he worked under Don Kutz.

“I spent a lot of time growing up around Don, Chrissy and the other members of Montville,” Fear said. “I actually lived next to them for quite a while in the apartment complex they resided in. I knew them well, and I learned a lot from Don.”

Fear said he and other colleagues of Kutz’s appreciated his manner of instruction.

“Anytime I’d go down to the station to respond and Don was there, he always gave me the right direction or gave me information to correct the problem if I didn’t do it right,” Fear said. “It was never to belittle or make you feel crappy, it was always something positive, and that was part of his character.”

Fear recalled seeing Kutz at a scrap yard fire that took place on Oct. 9. He said Kutz was the top officer on scene, and he was telling everybody what to do.

“Every time I saw him, he asked me how I was doing, and he said he was proud of me,” Fear said.

Fear pointed out that the deaths of Don and Christine Kutzhave shaken many firefighters in town, including himself.

“It’s hit me pretty hard,” he said. “I don’t show my emotion too much, but inside, it’s weird to think he’s not going to be there anymore.”

An obituary for Christine Kutzon Dignity Memorial’s website highlighted her marriage with Don Kutzand their shared career of service.

“She married her soulmate Donald A. Kutz Jr. on August 5, 2006in New Londonwhere they shared 14 beautiful years together,” the obituary reads. “Chrissy was a active member of her community. At the early age of 19, in 1983 Chrissy became a member of the Mohegan Volunteer Fire Company, following in her father Robert’s footsteps. She volunteered at many football games for Montville High Schooland St. Bernard High Schoolrunning the ambulance for the games. Chrissy also was at every youth football game with the ambulance for Montville Youth making sure any child injured was taken care of.”

Don’s relationship with Christine was a fundamental part of his life, Fear said.

“Don really cared about her,” he said. “Everything came second, and she came first, to him. It was really nice to see that sense of care and emotion from somebody because nowadays it seems like people are just out for their own personal benefit. I’m with someone I really love. There’s no explanation of why I’m with her, you just feel like that’s where you need to be, and I think that’s what Don had with Christine.”