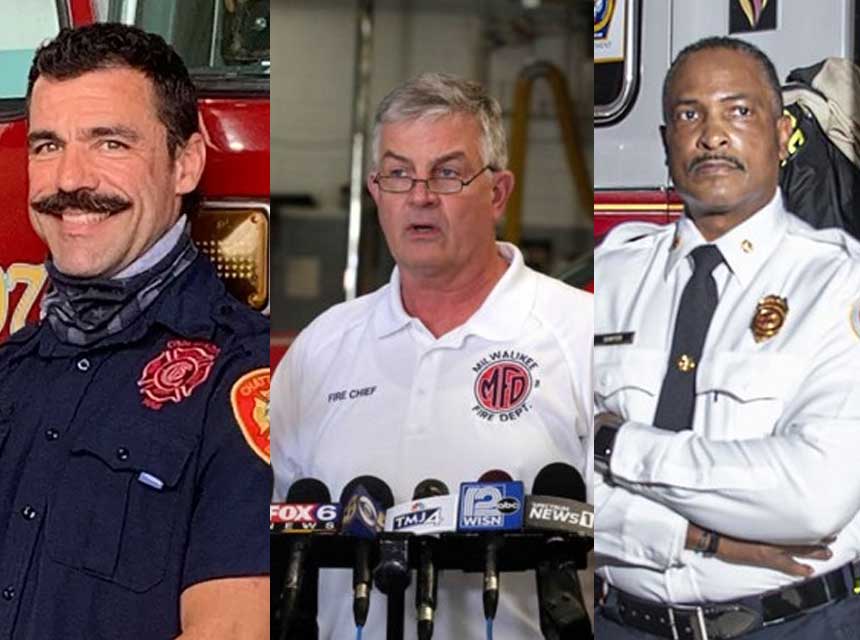 
MARK ROHLFING will retire as the chief of the Milwaukee (WI) Fire Department (MFD) effective October 30 after a 37-plus-year fire service career, with more than 10 years as MFD’s chief. He was named MFD chief in 2010 after serving as the leader of the Rapid City (SD) Department of Fire and Emergency Services. Before that, he worked for the Omaha (NE) Fire Department. Rohlfing was credited with modernizing the MFD in the face of fiscal challenges by working more closely with suburban agencies.


DERRICK SAWYER became the first-ever black chief of the Upper Darby (PA) Fire Department, the state’s largest township. Sawyer previously served as fire commissioner for the city of Philadelphia from 2014-2016. He then moved on to the Trenton (NJ) Fire Department, where he worked as the department’s fire director. Sawyer also worked as a fire equipment mechanic in the U.S. Air Force for four years after high school.


GREG SMITH, a lieutenant with the Chattanooga (TN) Fire Department (CFD), received the First Responder Hero Award from the American Red Cross for his actions in the immediate aftermath of the Easter 2020 tornadoes that hit Hamilton County in April. The CFD nominated Smith for the award based on his leadership and actions after he and his crew, Quint 21, went door to door helping those in need, searching homes in the disaster area, moving displaced people into shelters, and helping the injured.


TIM CONNELL was appointed as the new chief of Thomasville (GA) Fire Rescue (TFR), effective immediately. He has been TFR’s interim chief since January, taking over the position from previous chief Chris Bowman, who retired on December 31, 2019. Connell has been with the department since 2000, beginning his career as a firefighter. Before becoming interim chief, he was previously TFR’s assistant chief.


RONALD N. LUTTRELL was sworn in as the new chief of the Norwalk (OH) Fire Department on September 8. He is a 36-plus-year fire service veteran who has worked in various capacities, from cadet to firefighter to captain. Luttrell previously served as the chief of the Madison Township (OH) Fire Department. He is also fully trained as an emergency medical technician. Luttrell has an associate degree in applied science with a concentration in emergency medical services, among other degrees.

Your Next SCBA: New Requirements Are Now in Effect