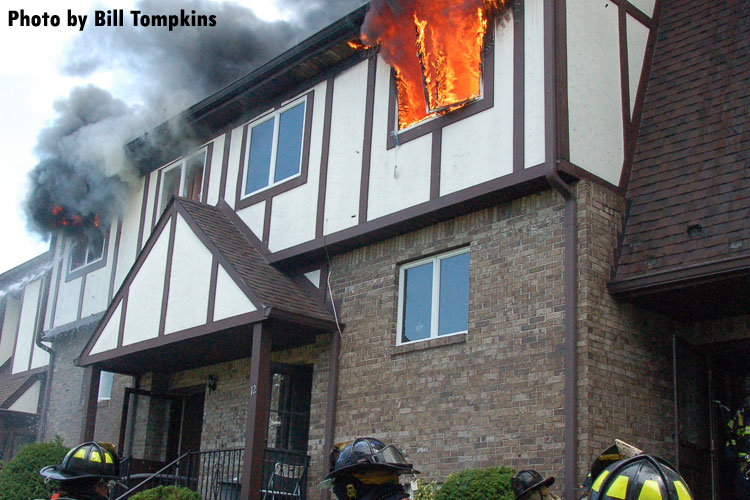 According to a report from NorthJersey.com, five families were displaced by the fire in the town home complex. Three firefighters were treated after being overcome by heat, and a woman who lived in the home where the fire began was treated at the scene for a minor burn, the report said.

According to information in a video from homer218 (seen below), first-arriving crews found the rear of the home well-involved and extending into exposures.

More of Bill’s photos from this fire at www.btfirephotos.com.