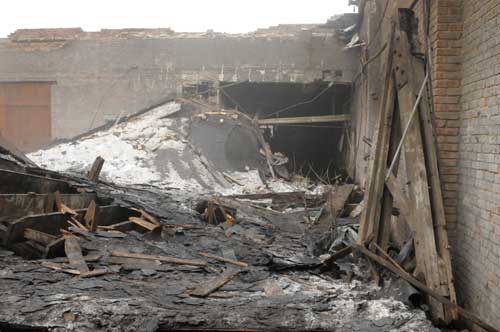 A recently released report from the National Institute for Occupational Safety and Health (NIOSH) sheds some light on factors that contributed to the deaths of two Chicago (IL) firefighters during a rubbish fire at an abandoned commercial structure last December. A view of the collapse scene is shown in the picture at left

Edward Stringer, 47, and Corey Ankum, 34, were killed during a December 22 fire at a dilapidated, unsecured building that used to contain a commercial laundry. Nineteen other firefighters were injured.

Among the contributing factors cited in the NIOSH report where

Download the entire report HERE. Further information on the incident can be found in this report from the Chicago Tribune.