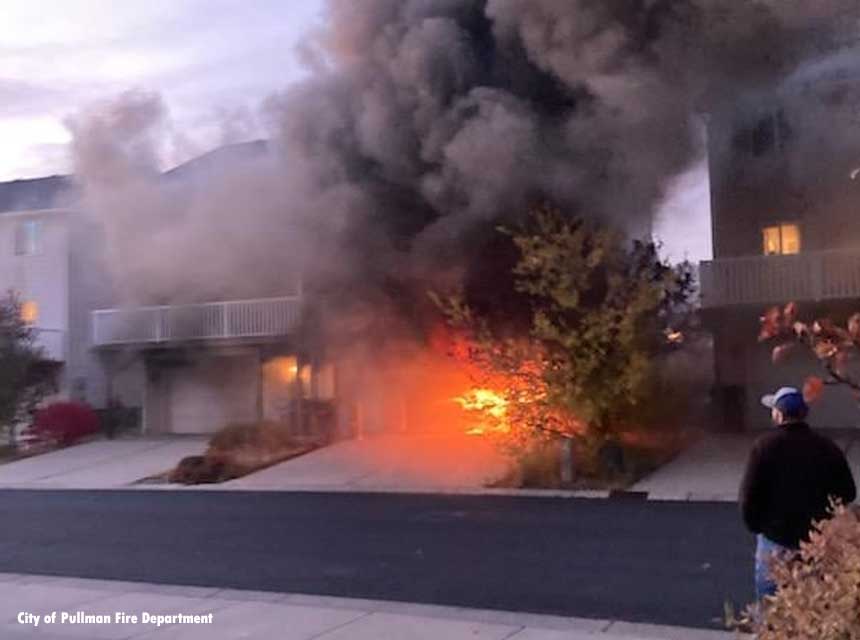 Oct. 21—A residential fire on the 1200 block of Lost Trail Drive in Pullman destroyed a two-story townhouse Thursday morning.

An officer was treated on scene after a bullet grazed his right arm, the release stated. The officer did not require further medical attention.

Residents of the townhouse told firefighters they immediately evacuated the building and called authorities around 7 a.m. after a smoke detector alerted them to the fire. A neighbor told investigators he heard popping sounds before looking out his window to see flames emerging from the nearby structure.

Firefighters were able to prevent the flames from penetrating a wall between the townhouse and an adjacent home. The release stated the adjacent home was saved from any interior damage, however a building inspector with the city will later evaluate if it’s safe to reoccupy.

Fire inspectors said the townhouse where the fire started appears to be a total loss. Two cars parked near the backside of the unit were also destroyed.

Investigators will spend the majority of the day on scene to determine the cause of the fire and further assess damage.