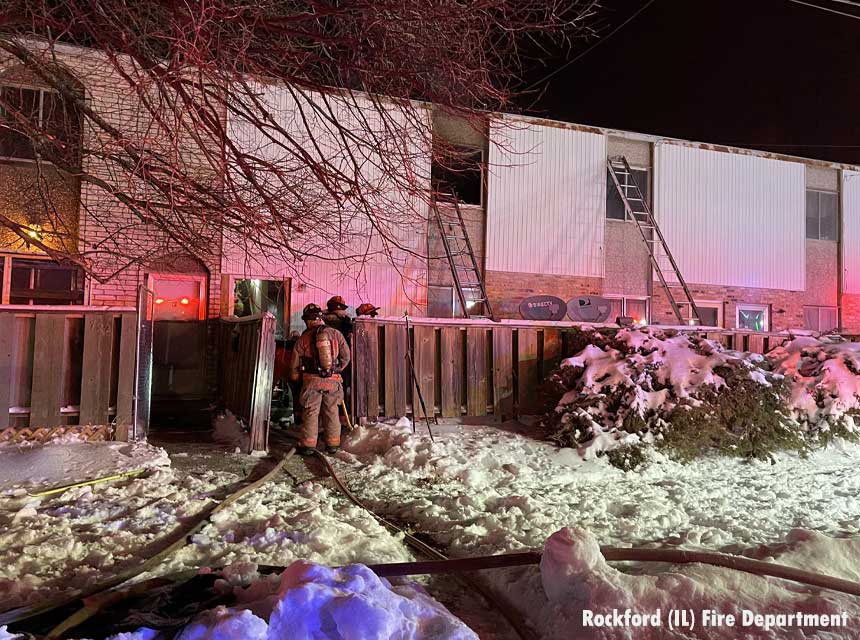 Jan. 12—ROCKFORD — One person died and a firefighter was injured after an apartment on the city’s southeast side caught fire Monday night.

Crews arrived on scene within five minutes and reported smoke and heavy fire coming from the second floor of the two-story, eight-unit building.

Firefighters discovered the body of an 82-year-old man inside an apartment that sustained heavy fire damage. He was pronounced dead at the scene.

The man’s name has not yet been released. An autopsy is planned Wednesday, Winnebago County Coroner Bill Hintz said. All other occupants of the complex either evacuated or were rescued by fire crews.

One firefighter was transported to a local hospital where he was treated for an undisclosed injury and released.

The fire was under control within 30 minutes, but it took several hours to extinguish remaining hot spots.

The fire appears to be accidental, according to a news release. Damage to the apartment building is estimated at $65,000.

The Red Cross is helping residents who were forced to relocate.