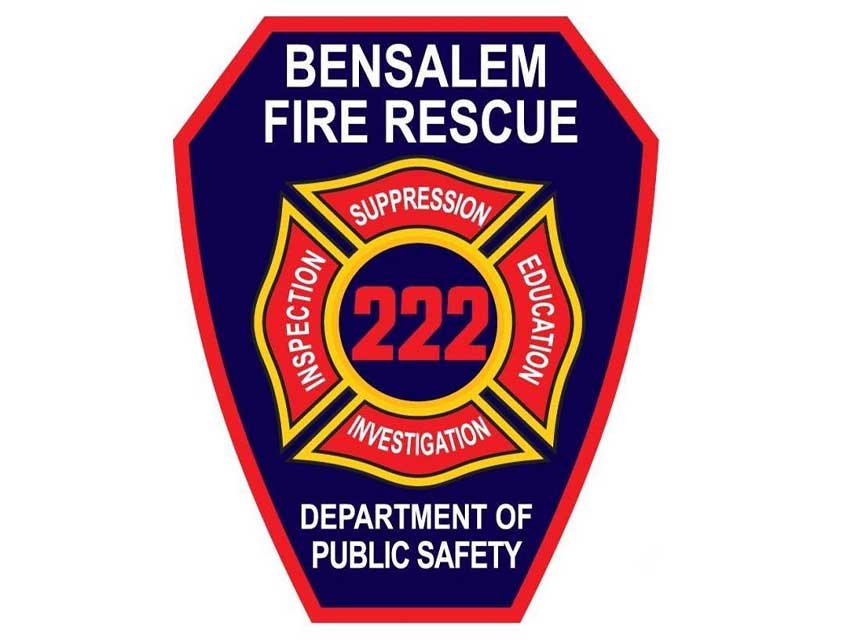 Mar. 31—A fire that displaced a family of four in Bensalem was caused by oily rags that spontaneously combusted Monday, according to a fire official.

Bensalem Fire and Rescue Chief Robert Sponheimer said oily rags left out damaged a porch and caused smoke damage throughout a two-story townhome in the 1000 block of Smethwyck Place.

The chief said fire crews were at Struble Elementary School nearby for a medical assist call when the fire was reported about 2:40 p.m. Crews got to the home in less than a minute, he said.

“Being so close to the house at the time of dispatch was extremely lucky,” he said.

One of the occupants of the home, a teenage girl, saw smoke and flames coming from the porch of the home, and she and a neighbor called 911, according to the fire chief.

“When they got there they had heavy smoke coming from the rear of the house,” he said.

The fire damaged the porch and the exterior of the home, Sponheimer said. The home sustained heavy smoke damage, making it uninhabitable for the four living there, according to the chief.

He said fire crews were able to have the blaze under control in about 10 minutes. No one was injured, and firefighters were able to save all the family’s pets, he said.

Sponheimer said it appeared the family was doing staining the day before the fire, and left the rags and staining materials on the porch.

With spring and summer coming, the fire chief urged caution when using materials like stains and oils. He said rags should not be left out or discarded in a plastic trash can.

“They should be separated and washed,” he said, adding that putting them in metal cans is good option for discarding them.

Sponheimer said there are a few fires caused by oily rags spontaneously combusting a year.

A neighboring townhome sustained smoke damage, but the chief said he did not believe the resident was displaced in the fire.

The Red Cross assisted the family displaced in the blaze.