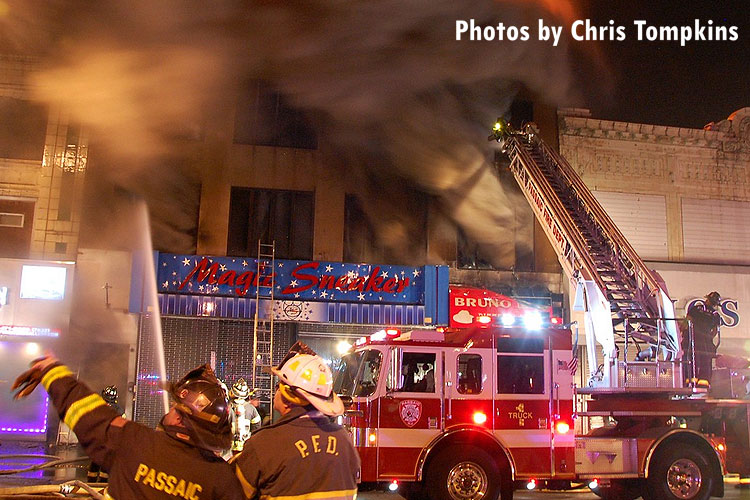 Passaic (NJ) firefighters responded to a raging fire in the city’s downtown that went to seven alarms, and fire photographer Chris Tompkins offered some images from the incident.

According to a report on NorthJersey.com, about 100 firefighters responded to this fire in a three-story building, which took about five hours to control. At least two firefighters suffered minor injuries and were briefly sent to the hospital, treated, and released.