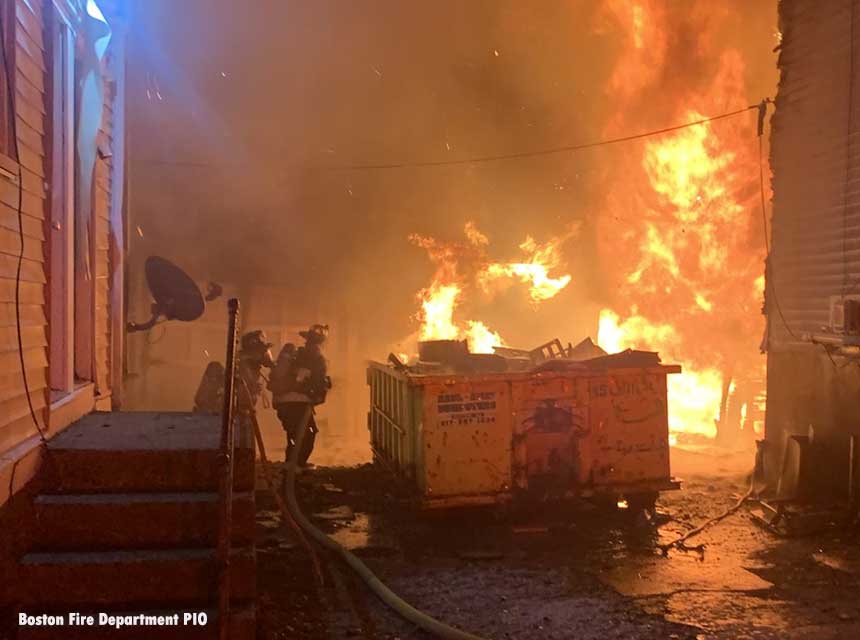 Boston (MA) firefighters responded early Friday to a raging fire that went to three alarms in the Dorchester section of the city.

According to the Boston Fire Department PIO on Twitter, crews responded at around 5 a.m. to find heavy fire at 36 Robinson St. The fire engulfed the rear porches of the occupied, three-family and spread to the building in the rear. After about 45 minutes, companies had the bulk of the heavy fire knocked down and were checking for extension.

The video below shows conditions firefighters faced at the fire.

Firefighters were able to rescue three cats from the fire building. Damages are estimated at $1 million. Nine residents were displaced, but there were no injuries reported.