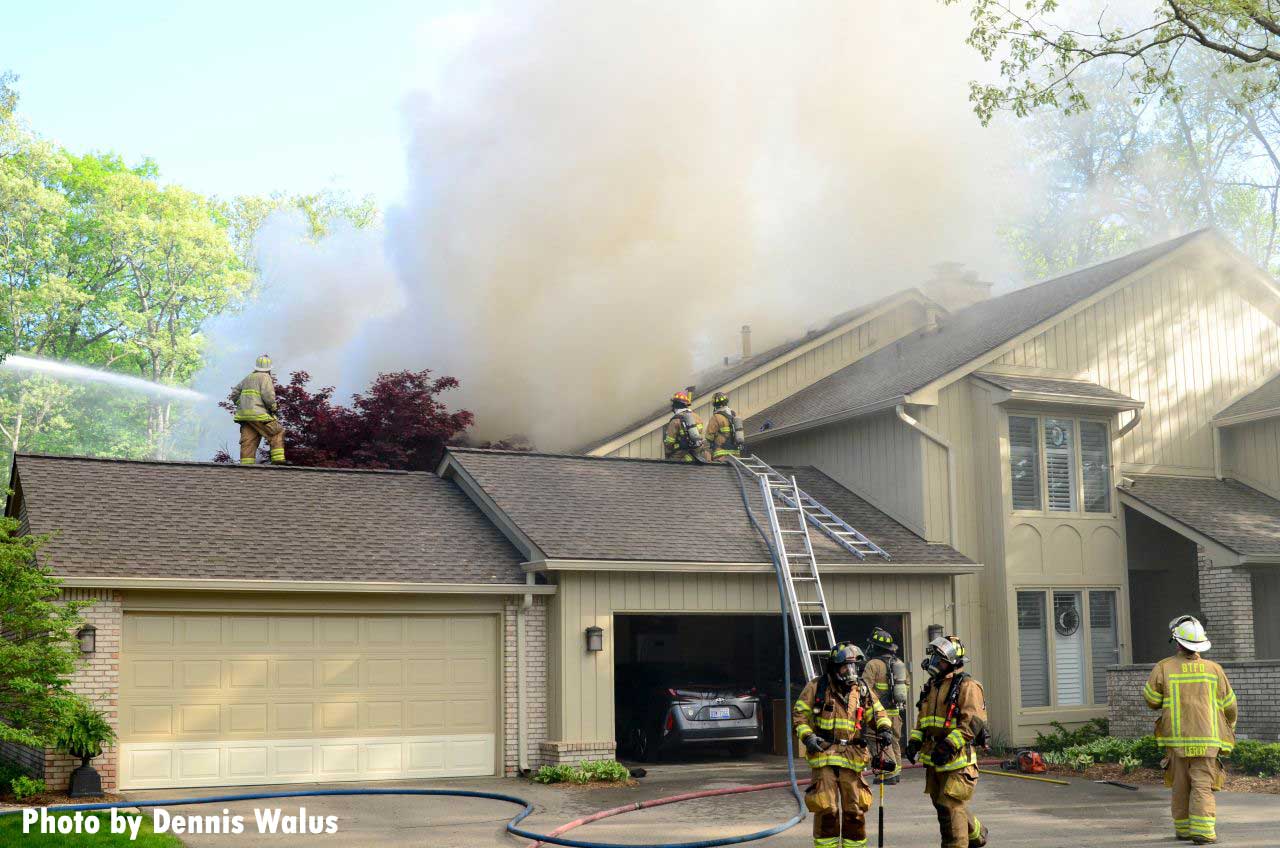 Dennis Walus shared some photographs of firefighters working at a second-alarm fire in Bloomfield, Michigan.

On Monday May 25, 2020, the Bloomfield Township Fire Department responded to a report of a condo fire. Upon arrival, heavy smoke was showing from the condo complex. Companies made a interior attack, with worsening fire conditions, command ordered everyone out of the building and switched to defensive operations.

A MABAS second alarm was requested bringing mutual aid to the scene from West Bloomfield, Birmingham, and Waterford. Companies were able to darken down the fire and re-enter the structure for interior operations. Companies operated for two hours to bring this incident under control.