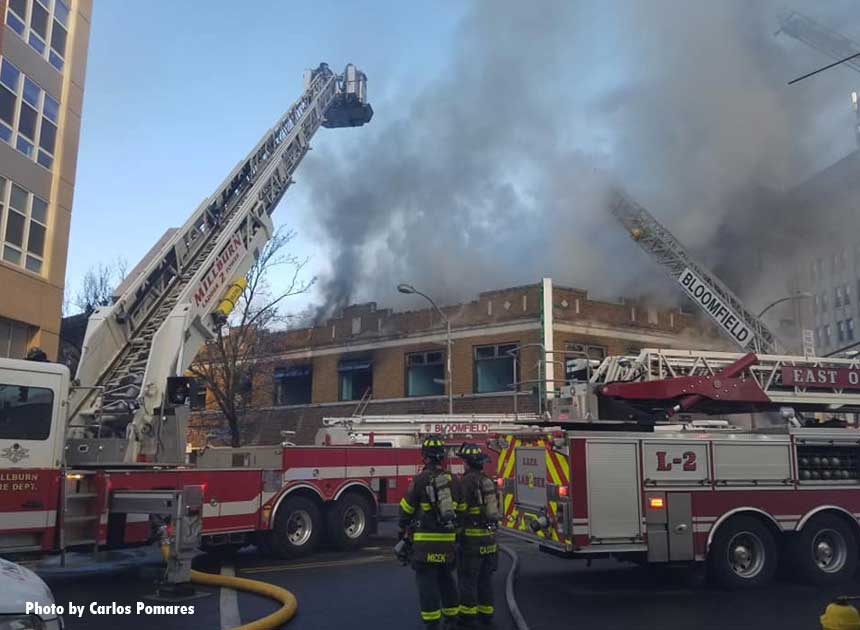 A fire on Tuesday ravaged several downtown businesses in the township of Bloomfield, New Jersey. Carlos Pomares shared some photos from the scene.

Firefighters from numerous surrounding communities responded to the scene, including units from Irvington, East Orange, Montclair, Clifton, Millburn, Nutley, Belleville, North Caldwell, Caldwell, and Newark, according to a release on the Bloomfield Pulse.

The fire did not spread beyond the building of origin, but there were no reported injuries. The fire, which went to four alarms, reportedly began at 7:48 a.m. on the first-floor of the two-story building and was under control by around 11 a.m.

Beware the Structural Carcass: Building Collapse After the Fire Is Out

Don’t’ Forget About Your Old Tools