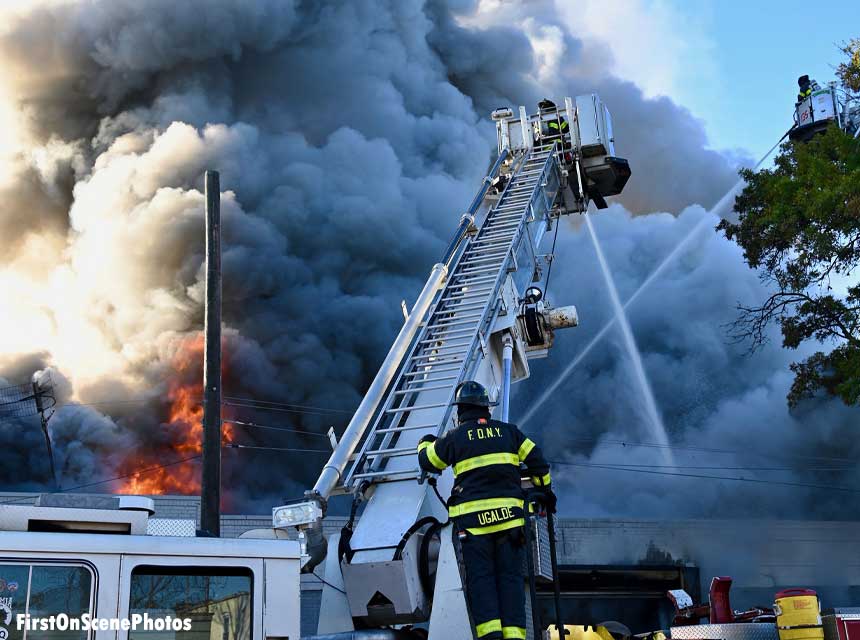 Heavy smoke and flames could be seen coming from the one-story commercial building on Atlantic Avenue near Hemlock Street around 7:30 a.m.

More than 150 FDNY firefighters were on the scene of the five-alarm blaze at the height of the operation.

Several school buses up on lifts inside the building along with bulging exteriors walls made for dangerous fire operations.

No serious injuries were reported.