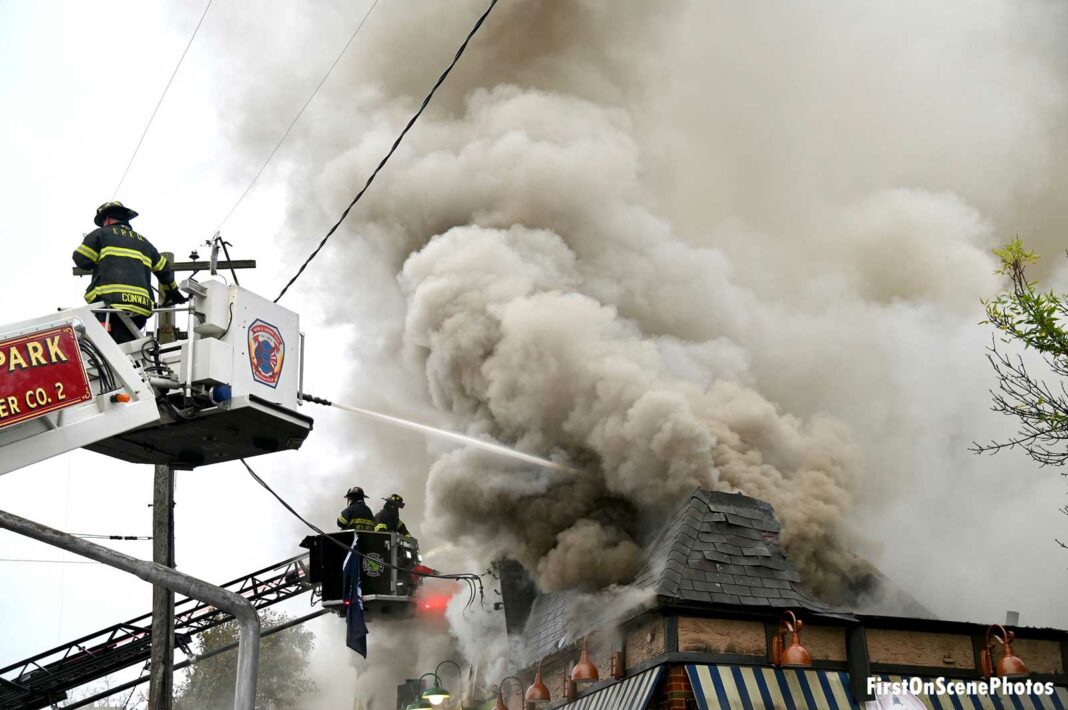 At least five local businesses were destroyed by an early morning fire on Sunday morning September 27, 2020, on Covert Avenue in the village of Floral Park on Long Island, New York.

Units were called to the scene of a row of one-story taxpayers around 6:30 a.m. and found heavy fire in a restaurant.

After an initial hand line attack, master streams, and tower ladders were put in operation to battle the rapidly extending blaze.

Mutual aid companies from at least 10 communities were called to the scene to assist in bringing the incident under control.