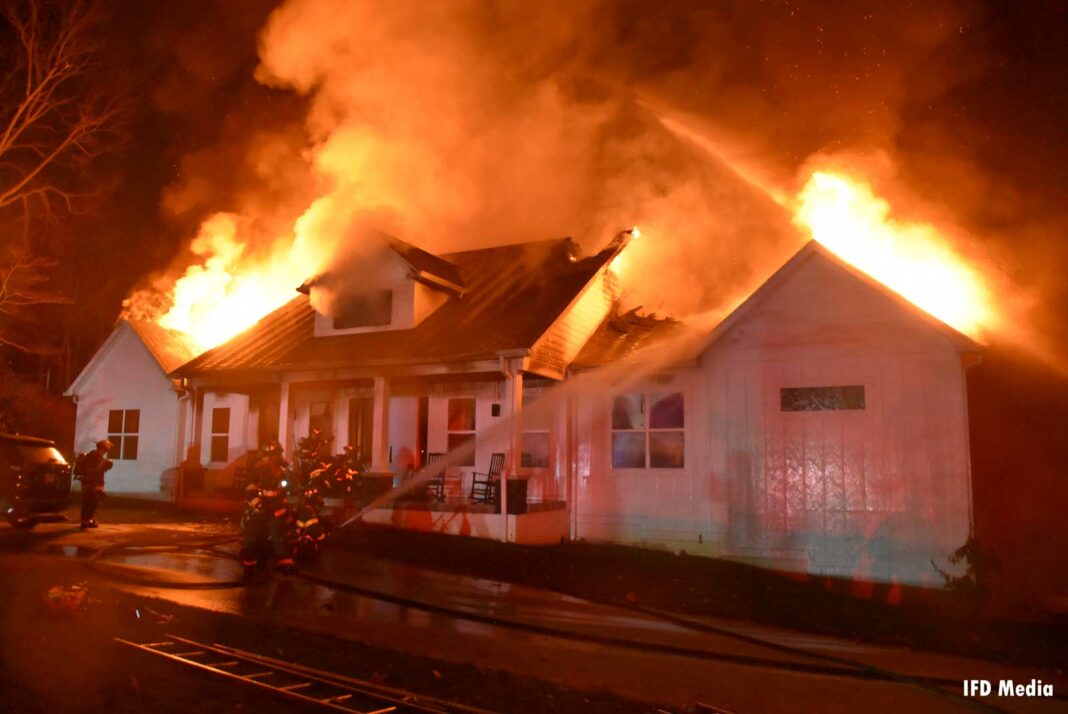 Indianapolis (IN) firefighters and mutual aid units responded to a weekend fire that was later deemed arson.

Early in the morning on Saturday, November 7, 2020, Indianapolis Fire Department units and companies from Pike Township and Carmel responded to a raging fire at 1231 E 91st St. Crews found heavy fire showing from the two-story building.

A sleeping couple, awakened by their dogs, escaped the burning home after the fire occurred the rear deck of the structure.  The fire took hold quickly and spread the length of the wooden deck, fueled by a large amount of split wood for the fireplace underneath. The couple has no idea what could have started the fire although they told firefighters that they have reported some recent vandalism in the area to police.  The couple and their pets fled before the fire breached the interior the home, before their smoke alarms activated, but do say the alarms were in working order. The home sustained significant damage.