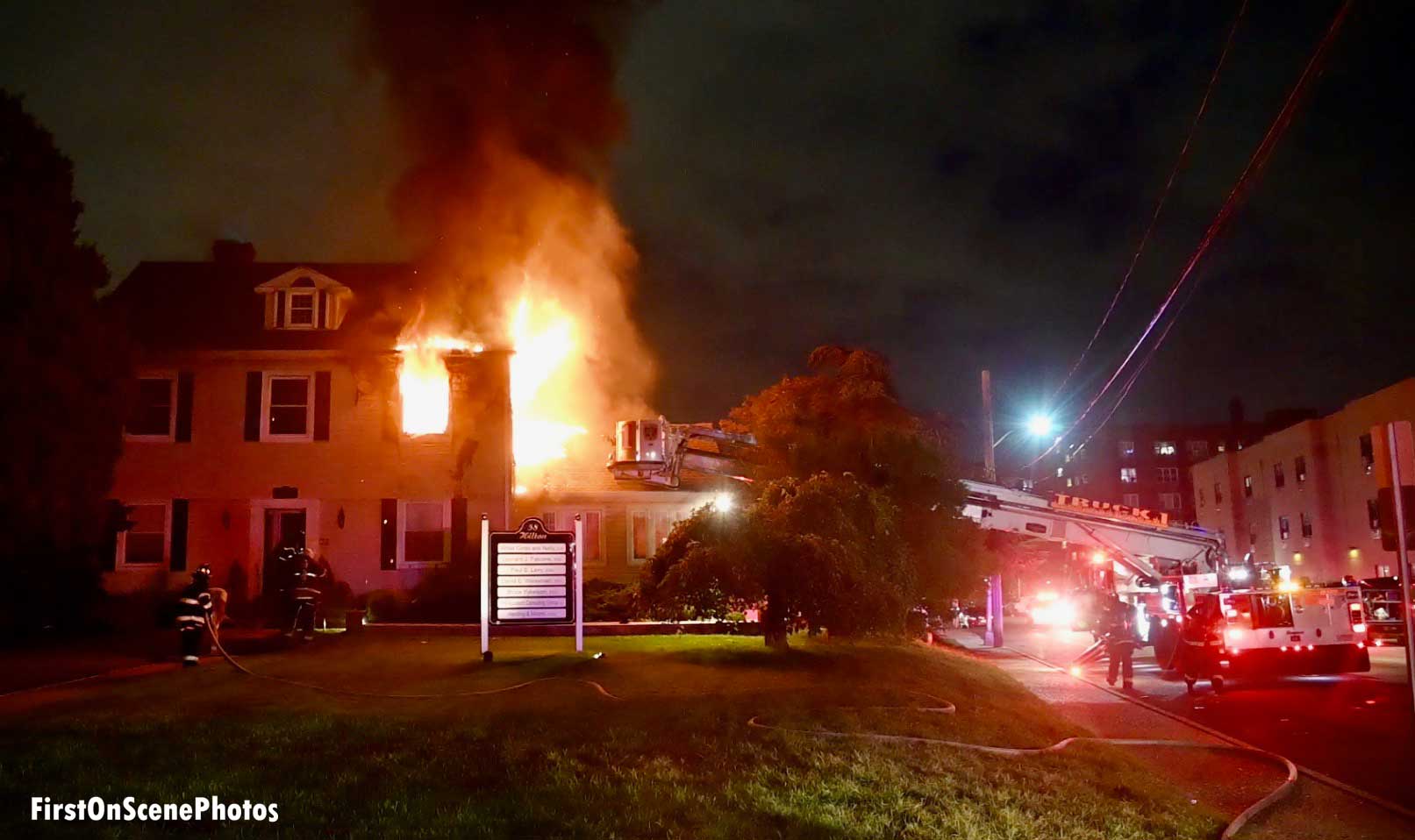 Firefighters responded to a recent house fire in the village of Hempstead on Long Island, New York. The building served as local law offices and was heavily damaged by a raging fire on Friday evening, September 11.

Firefighters arrived at the Hilton Avenue address around 7:45 p.m. to find the second floor of the two-story house engulfed in flames.

Several surrounding departments were called to the scene to assist with bringing the blaze under control.

At least one firefighter was injured and transported to an area hospital.