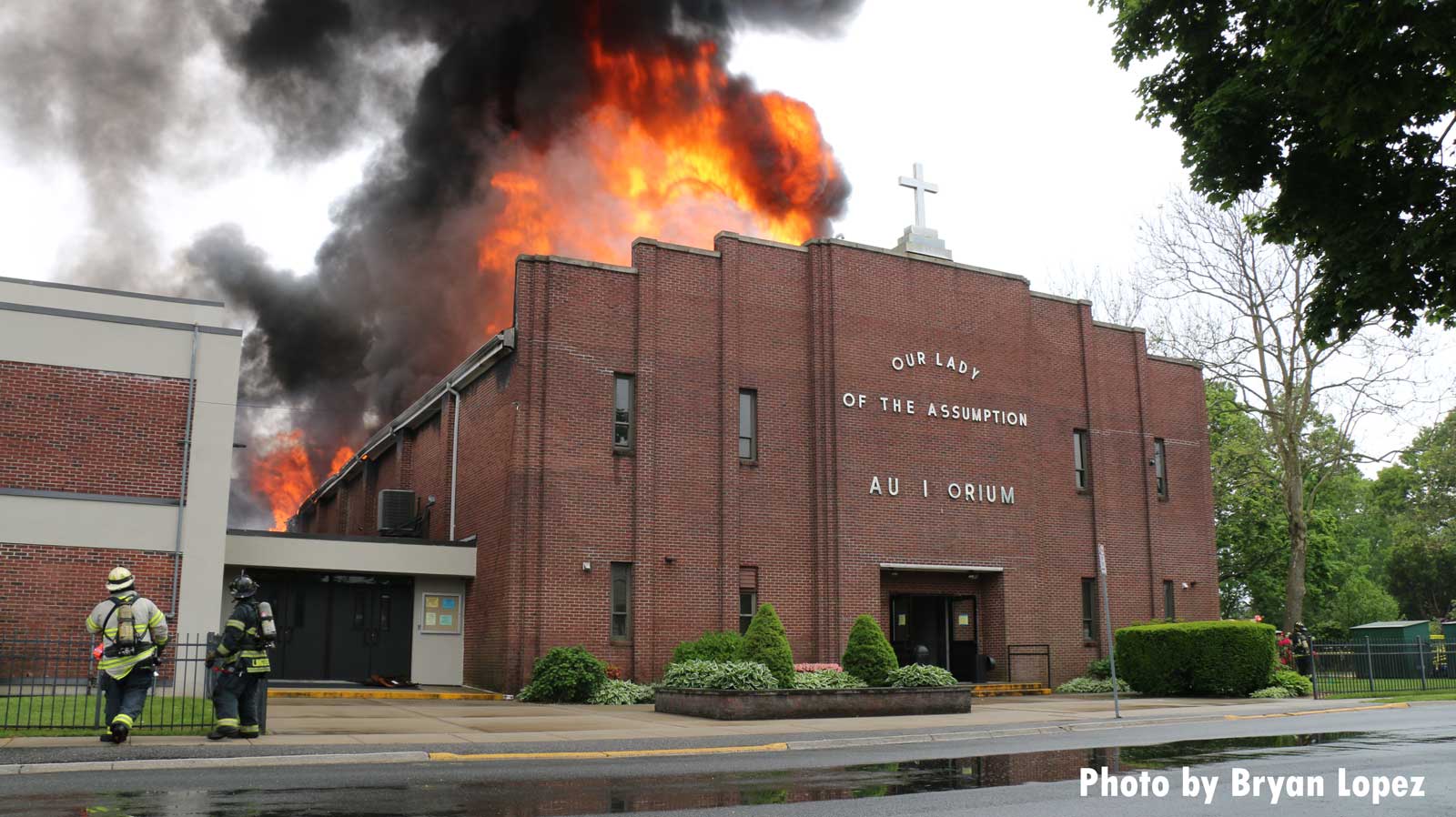 On June 3, 2020, at approximately 2:40 p.m., the Copiague (NY) Fire Department was activated for a reported structure fire at Our Lady Of Assumption Church on Molloy Street. Fire-rescue dispatch was receiving numerous calls for a reported fire at this location.

Upon arrival commanding units, were met with smoke showing and with further investigation transmitted a working fire. Mutual aid was brought in from multiple area departments to assist at the scene.

The fast-moving blaze consumed the structure in minutes, and the entire roof collapsed. Crews switched to defensive operations due to the conditions. Multiple tower ladders, deck guns, and handlines were put into operation and crews battled the stubborn fire for hours before it was placed under control.

No injuries were reported. The cause of the fire was placed under investigation by officials.