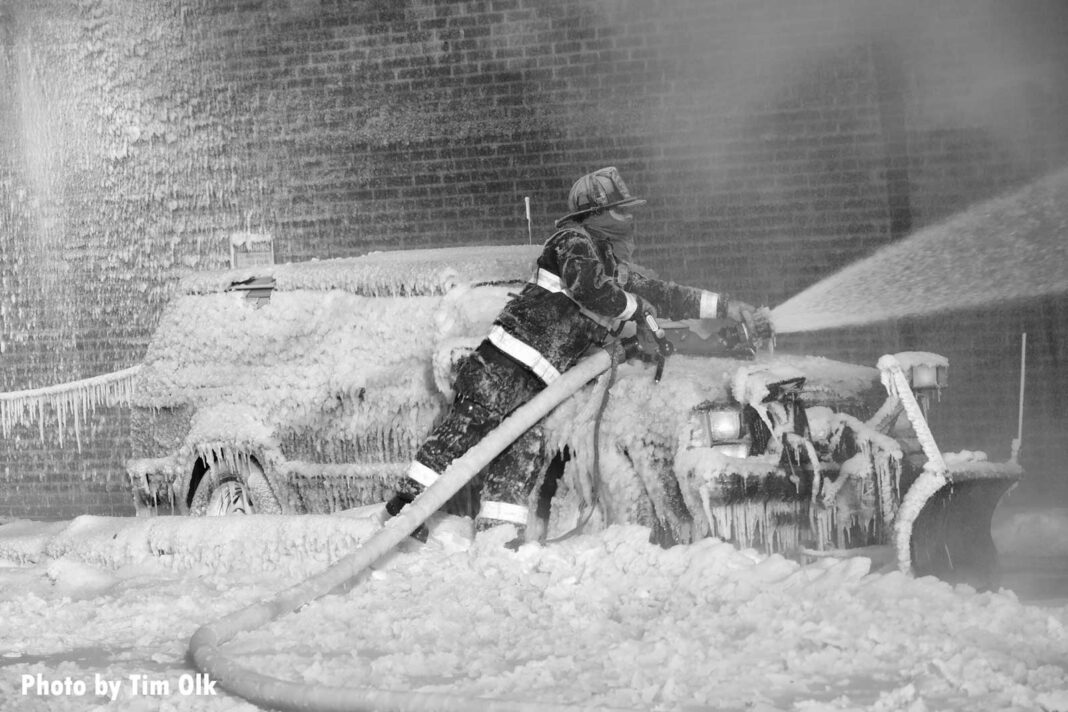 Fire photographer Tim Olk shared some photos of Hammond (IN) firefighters working in frigid temperatures to extinguish a fire next to Station 5.

According to the NWITimes, a man was hospitalized on account of the fire Sunday in the 6200 block of Hohman Avenue. Firefighters spent more than 14 hours working in the bitter cold battling the fire, which reportedly caused a total collapse of the building.

The photos show numerous icicles developing on scene as firefighters applied water to the burning struture.