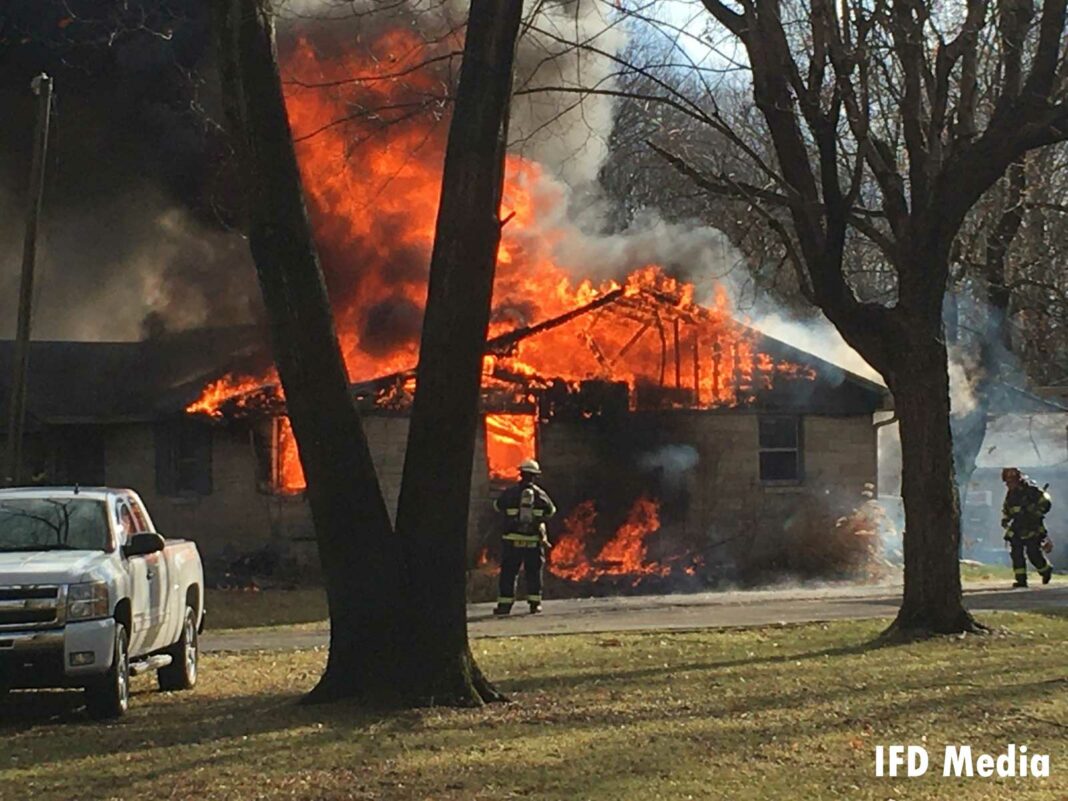 Indianapolis (IN) firefighters and Pike Township (IN) Fire Department units responded on Saturday to a working house fire.

The fire on December 12, 2020, at 443 Greer Dell Road activated smoke alarms and prompted the lone occupant of the dwelling to escape unharmed. One dog was accounted for and safe. There were no reported injuries.

Video: Woman Jumps on Back of Indianapolis Fire Truck

Indianapolis (IN) Firefighters Respond to Fire with Reported Entrapment