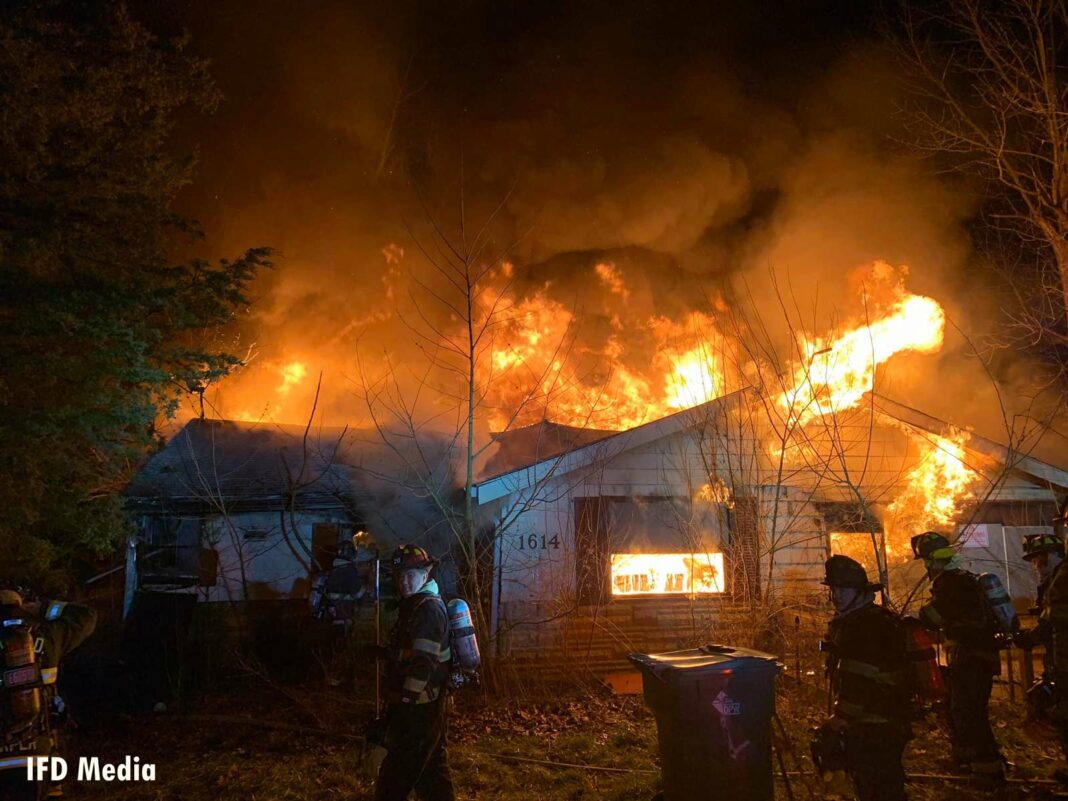 Indianapolis firefighters responded earlier this week to a fire in an abandoned structure.

Command orders defensive attack only after heavy fire was found in a vacant, single-story structure at 1614 Hawthorne Lane. There were no reported injuries.