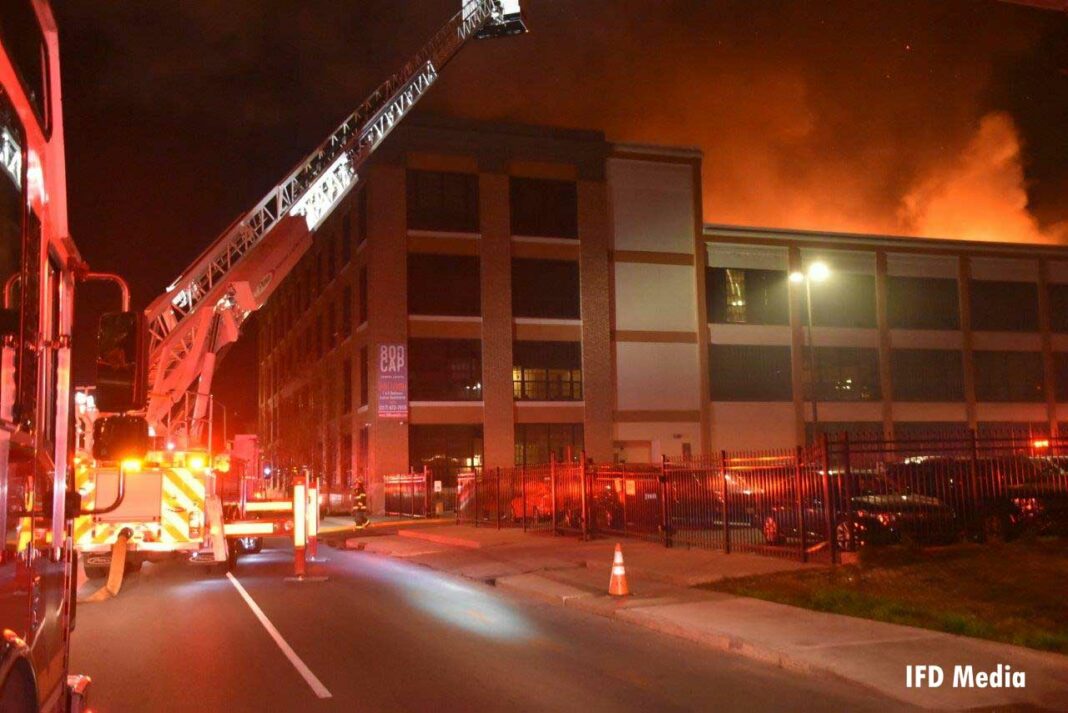 Indianapolis (IN) firefighters responded early Tuesday morning to a fire on the roof of a downtown apartment building.

Fire crews responded to the fire at around 1:30 a.m. with multiple calls reporting fire on the roof of the 800 Cap Apartments building at 800 N Capitol Ave. First-arriving units found heavy fire and smoke showing at the four-story ordinary building.

Working smoke detectors throughout the building activated, prompting many residents to flee.

The fire was contained to a composite wood deck on top of the building. There is a pea gravel and rubber roof membrane that covers the roof of the building.  There was no interior communication of fire to the building, Utilities were shut off and significant water damage was reported throughout the building due to sprinkler activation and some fire.

One firefighter sustained a slight injury to the shoulder. The fire was declared under control at 2:13 a.m.