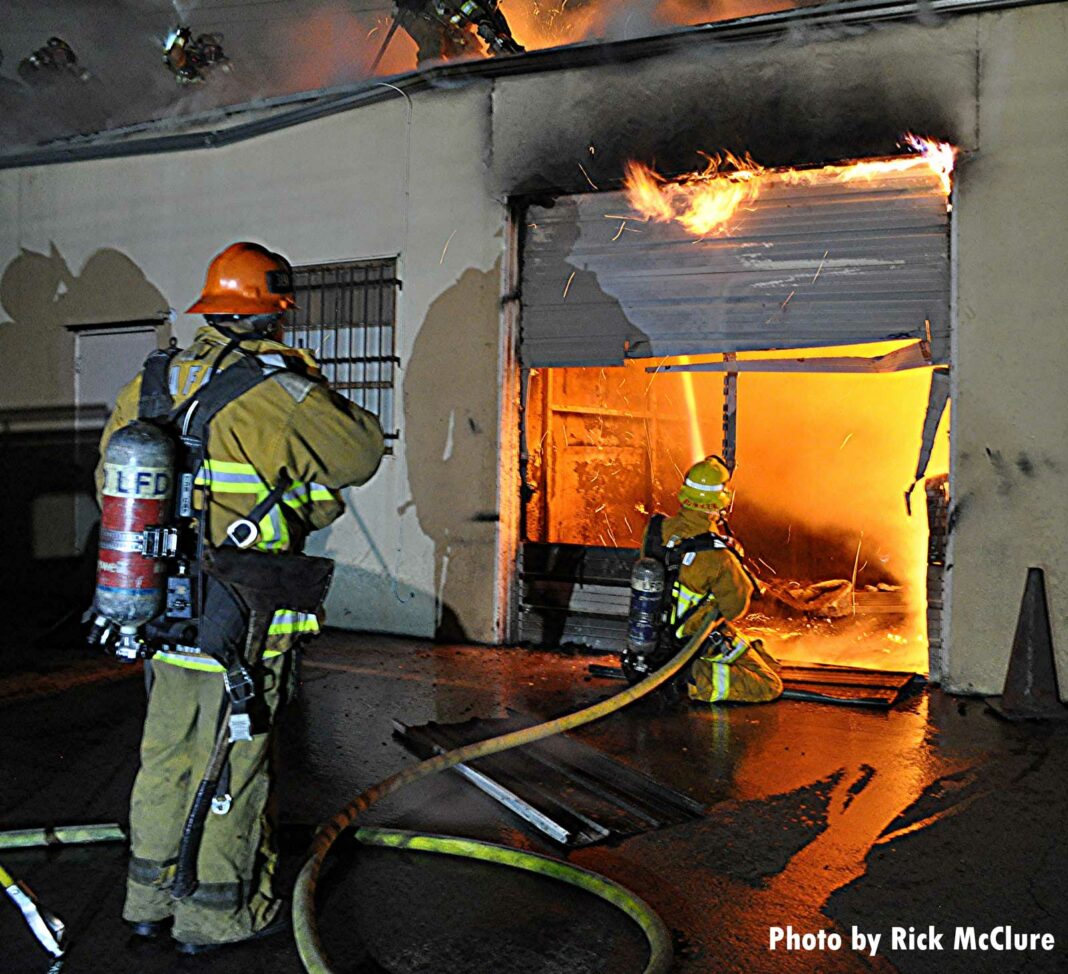 Fire photographer Rick McClure has some photos of City of Los Angeles (CA) Fire Department (LAFD) firefighters working at another fire at a commercial occupancy on N. Haskell Ave.

The fire at around 8 p.m. local time on December 18, 2020, required the efforts of 96 LAFD firefighters. Crews worked for 41 minutes to bring the fire under control.

The fire occurred in a 12-unit, single-story row of commercial occupancies that had been built in 1957. According to the LAFD PIO, the structure was compromised by fire.