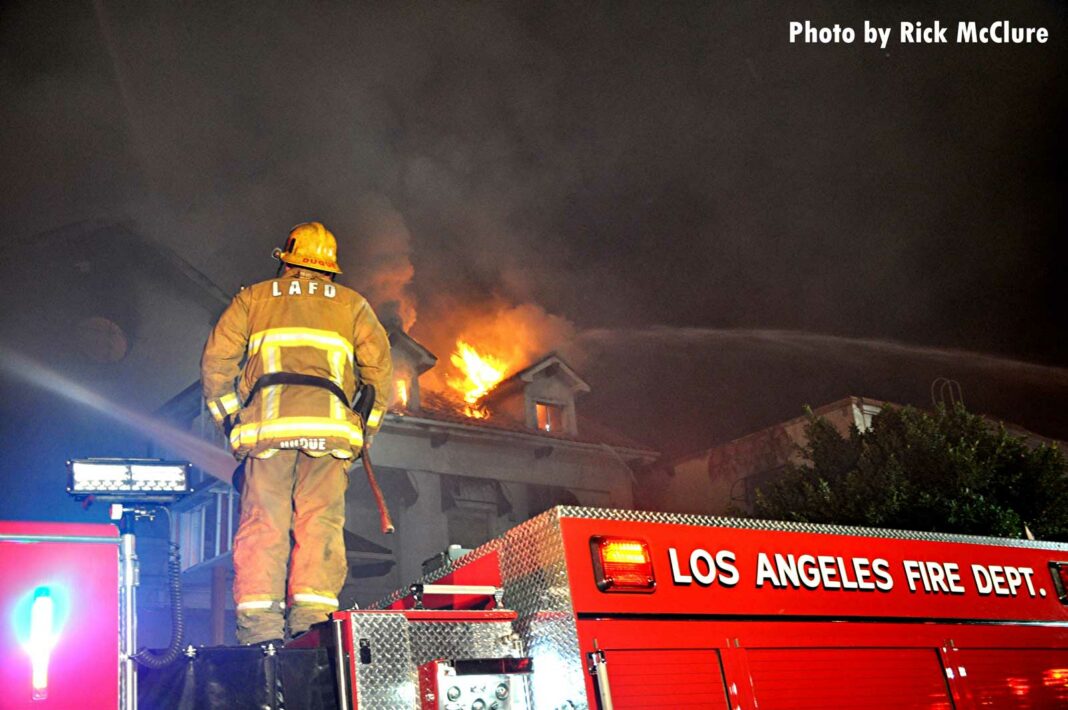 Fire photographer Rick McClure shared some photos of City of Los Angeles (CA) Fire Department companies working at the scene of a fire last week in an abandoned hospital in the Boyle Heights section.

Eighty-five LAFD firefighters responded to the fire on October 11, 2020. The fire consumed a significant portion of the three-story vacant structure in 63 minutes.

There were noo reported injuries and the cause of the fire is under investigation.