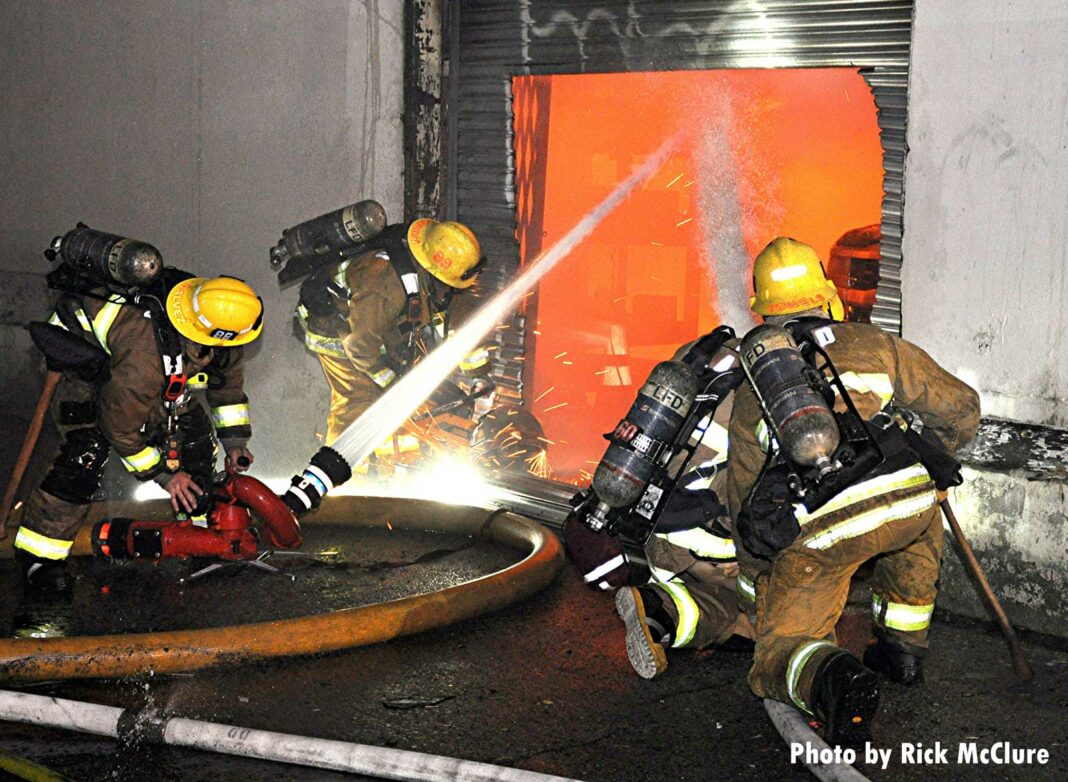 Fire photographer Rick McClure shared some photos from the scene of a significant fire in North Hollywood that destroyed two buildings.

According to a report, 111 firefighters from the City of Los Angeles (CA) Fire Department responded on the evening of December 21 to a fire at 5400 N Tujunga Ave.

The fire destroyed two buildings that housed three businesses. Firefighters successfully defended a third building that was under construction in the framing stage.

While this incident was reported as an outside fire extending into a building, LAFD Arson Section is on scene conducting the cause investigation. A residential high-rise building across from the fire was impacted by smoke blanketing the area but there were no medical complaints. Firefighters ensured the building was ventilated and cleared all alarms.