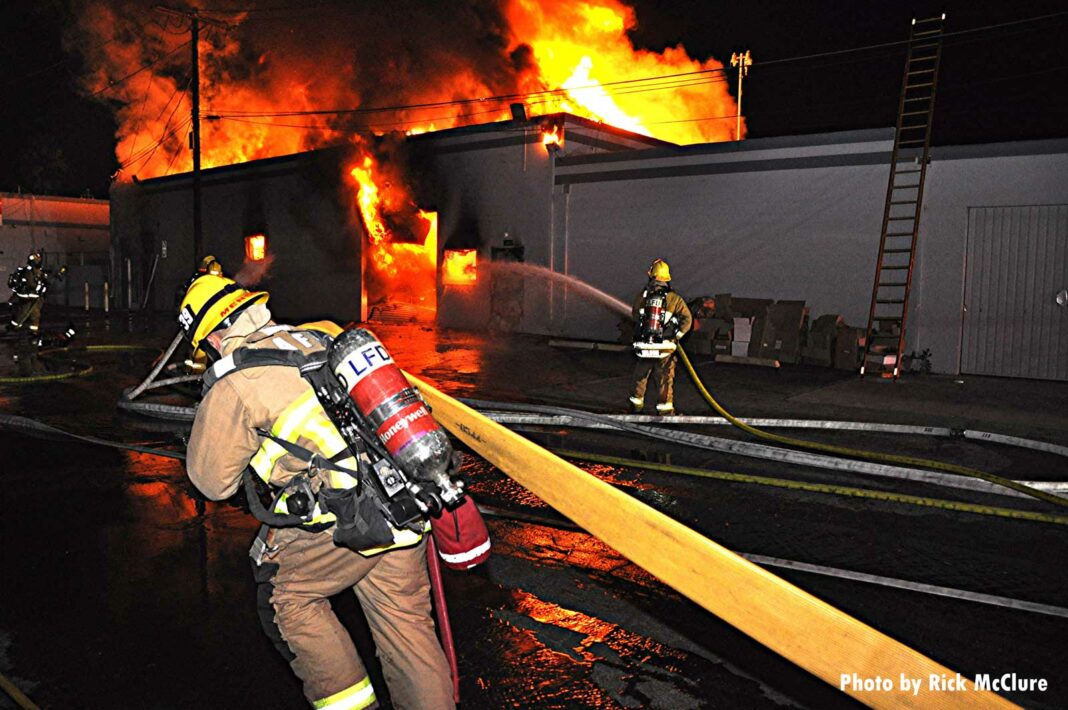 On July 20, 2020, firefighters with the City of Los Angeles (CA) Fire Department (LAFD) responded to a raging commercial fire, and Rick McClure shared some photos from the scene.

It took 60 firefighters one hour and 42 minutes to extinguish the one-story commercial building in Panorama City that was consumed by fire. Heavy fire and wires down blocking the access point caused firefighters to operate with a defensive posture, applying heavy streams including ladder pipes.

There were no reported injuries. The cause of the fire is under investigation.